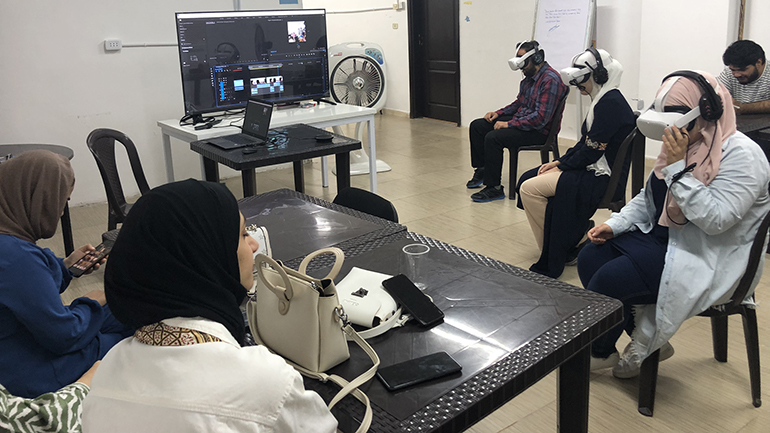 Virtual Reality, The Metaverse, Extended Reality, Augmented Reality, Mixed Reality, 360° videos – what are these technologies all about? Should we believe the hype that they can truly immerse us in a Ready Player One-like Oasis?

Come and hear Malmö University researchers talk about their research with immersive technologies, hang out in a VR hub, and try out some experiences yourself! We are showing a series of immersive films and exciting work during this first VR Cinema Minifest at Malmö University.

Syrian refugees create and produce their own immersive stories

In September 2022, MIM researcher and Associate Professor at K3, Josepha (Joshka) Wessels, travelled to the city of Irbid, Jordan, close to the Syrian border, to facilitate a participatory workshop for innovative immersive storytelling with Syrian refugees using Virtual Reality (VR) video. The workshop is executed within the framework of the Swedish Research council funded research environment Social Institutions, Political Governance, and Integration of Refugees (SIPGI) which is led by Gothenburg University in collaboration with Malmö University.

As a way to connect participatory theatre with cinematic Virtual Reality, Syrian and Jordanian participants, spent time together to develop their own stories, rank and storyboard them into scenarios to be produced in a group.

The 12 participants produced two inspiring and compelling video stories that can be watched on a VR headset. The films are called “Flight” and “The Key” and respectively tell the story of a young Syrian who fled southern Syria when he was 15, in 2013, and the different negative and positive encounters he had in Jordan and a story of how Jordanians and Syrians connect over a house key and memories of the past.

Virtual Reality has been used over the past five years in humanitarian communication about refugees, for example in the UN VR film “Clouds over Sidra” to advance the plight for Syrians. VR has often been called the ultimate empathy machine. In SIPGI, researchers take the use of VR technology a step further and put it in the hand of refugees themselves.

The workshop in Irbid was a first pilot in a series of three and forms part of the ethnographic component of the SIPGI programme that is executed in Jordan, Turkey and Sweden. The aim of the workshop is to co-create and produce VR360-video content in whereby Syrians and Jordanians, as host country members participate, tell their stories and engage in dialogue on encounters between them. In that sense, the workshop uses a method of transformative creative and visual storytelling as part of research.

Immersive VR360 video technology enhances the sense of being present. It means that those who will be watching the films will feel as if they are really there. The films will be screened as an installation in the first VR Cinema Minifest.

Part of the Virtual Reality exhibition 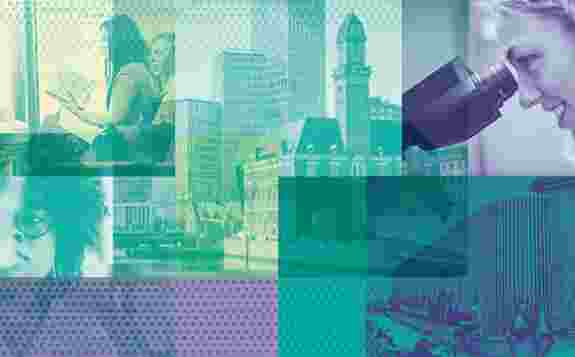 Lost in the Metaverse: Virtual Reality and Research

Immerse yourself and smell it