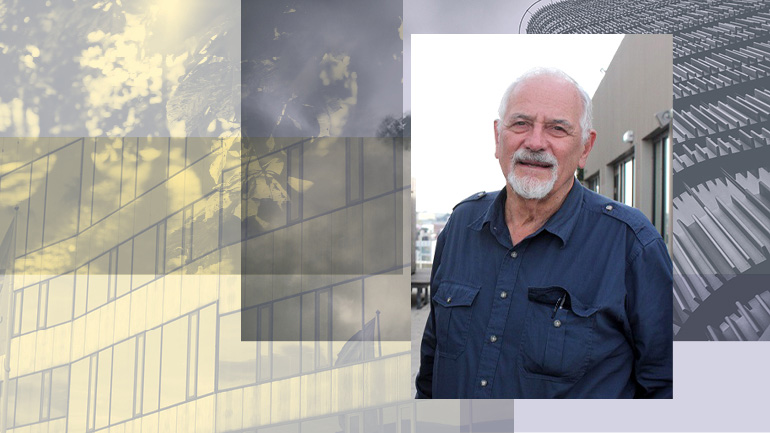 The Faculty of Technology and Society has appointed the NASA scientist and astronomer Theodore R. Gull to honorary doctorate.

Theodore will give a seminar with the title: "My! How Eta Carinae has changed, yet stayed the same!"

The lecture will be livestreamed

In the nineteenth century, the star Eta Carinae brightened to rival Sirius, the brightest star in the night sky, faded, then brightened somewhat then faded to relative obscurity. By the 1940’s, Eta Carinae began to slowly brighten along with a surrounding, expanding nebulosity, labeled the Homunculus, because of its ‘humanoid’ shape. Since then, Eta Carinae has continued to increase in apparent brightness, leading some to predict it may become a supernova. Over three thousand scientific papers described the properties of Eta Carinae with significant advances as new observatories with increasingly sophisticated instruments came online. Laboratory studies of atomic and molecular spectroscopy provided much insight. Decades-long spectroscopic and photometric studies led to the realization that Eta Carinae is a massive binary with a 5.5-year period. Three-dimensional models run in the NASA supercomputers described the X-ray light curve repeatedly follows this binary period. A half century of infrared measurements indicate that the binary’s radiation has not varied substantially across a period of time during which the visible brightness has increased at least ten-fold. The Hubble ultraviolet spectroscopy has provided clues to solving this conundrum and added information that may describe the mysterious events that occurred in the nineteenth century. 3D printed models of the Homunculus were derived from spectroimagery that provided new insights and established a tool for the visually handicapped community. I will describe this amazing massive binary star with its massive ejecta that has proven to be an astrophysical laboratory.