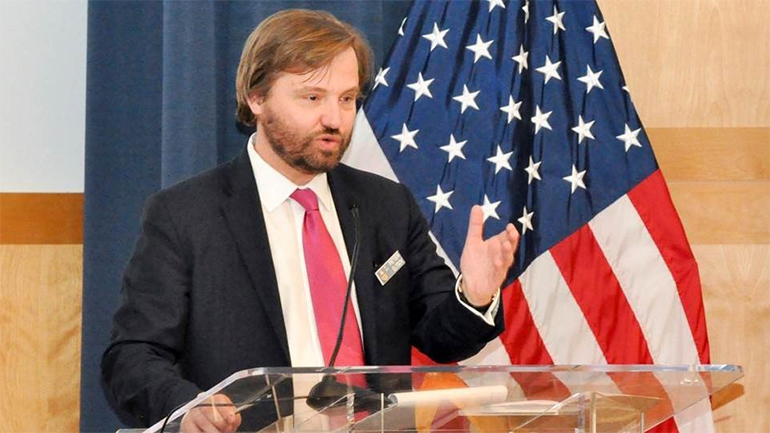 In this book, Eltsov lays out an original argument for understanding Russia that goes deep into its history, starting with the tri-partite dictum “orthodoxy, autocracy, nationality,” formulated in 1833 by count Sergey Uvarov. Eltsov explores Uvarov’s triad in the context of modern Russia, adding five more traits: exceptionalism, expansionism, historical primordialism, worship of the military, and glorification of suffering. The author argues that, as presently constituted, Russia cannot become a democracy, and, sooner than later, it will disintegrate, replicating the fate of the Soviet Union. The key reasons for these, according to the author, are: weak mechanisms for the transition of power, poorly developed institutions of the state, feeble economy and education, frail ideology, and, most importantly, the lack of a unified national identity. Following this assessment, Eltsov defines a strategy for dealing with Russia, based on a combination of offensive realism and realpolitik, recommending that the West copes with Russia in a more pragmatic manner. Eltsov will also connect his ideas to most recent events in Russia, such as the adoption of a new constitution and the relations with Belarus.

Peter Eltsov is an anthropologist and historian. He holds MA in South and South East Asian Studies from the University of California at Berkeley and PhD in Anthropology from Harvard. Prior to the National Defense University, Eltsov held positions at Free University in Berlin, the Library of Congress, Harvard University, and Wellesley College. Eltsov has published both in academic and mainstream venues and provided numerous commentaries for the media. In his current research, he is particularly interested in how competing interpretations of the past affect modern politics, including conflict and war.