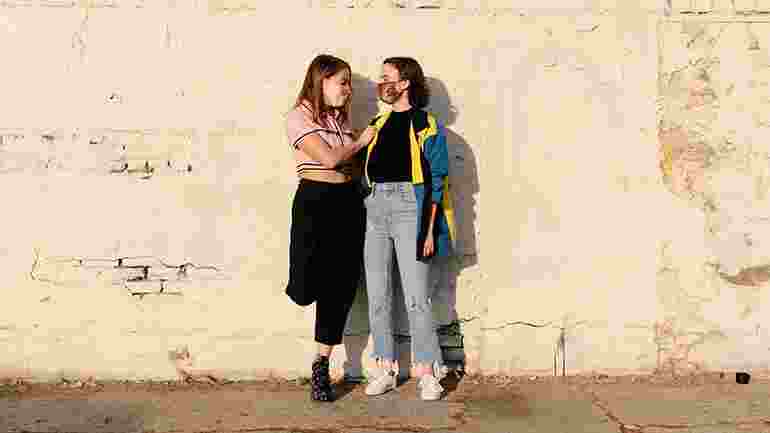 Of those who participated, 53 per cent answered that they had the same sexual interest in their partner as before the pandemic.

How is the love life of relationships actually affected when faced with a major societal crisis? Not as much as we might think, agrees a major international study about sexuality and intimacy during the pandemic.

In the spring of 2020, entire communities were forced to adopt new practices as a response to the pandemic. Early on, there was a suspicion that divorce rates would increase when many couples spent more time at home. An international study is now being published that examined how intimacy and sexuality in partner relationships were affected during the Covid-19 pandemic.

Those who were satisfied and experienced an emotional closeness before, continued to feel good and maybe even got better precisely because of social isolation...

“We wanted to take a closer look at what happens in relationships during external, major crises. When we went into the pandemic, we did not know much about the consequences,” says Charlotta Löfgren, professor of health and society, who together with associate professor Eva Elmerstig was responsible for the Swedish data collection.

In the study, 4,813 people from eight countries answered questions about intimacy and sexuality in partner relationships. The answers were collected through an online survey between May and July 2020. To participate in the study, participants needed to be over 18 years old and live in a partner relationship. The participants had to answer questions about, among other things, sexual interest in their partner, intimacy, and how satisfied they were in the relationship and their sex life.

“We had an idea that many would experience a change in sexual interest, but the majority did not actually experience any major change,” says Elmerstig.

The questionnaire was developed by a research group in the EU-COST network European Sexual Medicine Network. The countries included in the study are France, Croatia, the Netherlands, Portugal, the Czech Republic, Sweden, Turkey and Germany.

“We thought that this could mean different challenges for different countries because some had more societal closures than others. But based on these quantitative results, we cannot see any major differences between the countries,” says Elmerstig.

At the end of the survey, there was an open question where the participants had to summarise their sex lives during the pandemic. This particular issue has been analysed separately in a qualitative study by the Swedish researchers in collaboration with other countries. Preliminary results show that those who were content before, also continued to be content during the pandemic.

“Those who were satisfied and experienced an emotional closeness before, continued to feel good and maybe even got better precisely because of social isolation, while those who already had challenges in their relationship found it even more difficult, or at least equally difficult,” says Löfgren.

“We hope that both studies will help broaden the conversation about sexual health.”

Perceived Changes in Sexual Interest and Distress About Discrepant Sexual Interest During the First Phase of COVID-19 Pandemic: A Multi-Country Assessment in Cohabiting Partnered Individuals