Need for benign indoctrination in times of pandemic 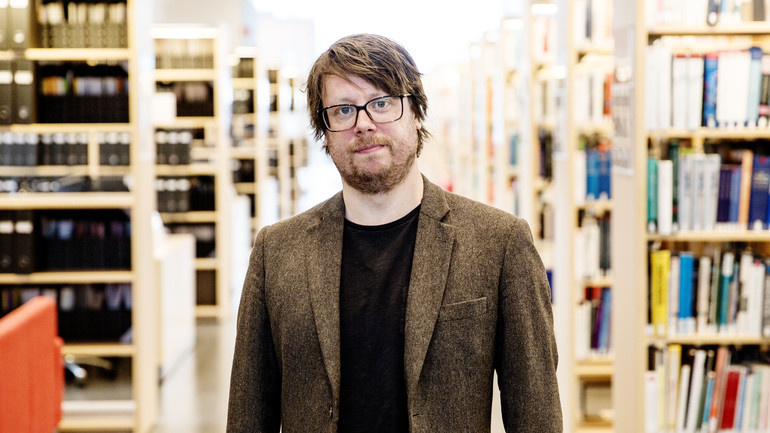 Indoctrination has not always carried a negative connotation. Researcher Johan Dahlbeck scrutinises the concept in his new book about the 17th century philosopher, Benedict de Spinoza. “In order to have a sustainable society, we humans need a sort of benign manipulation,” Dahlbeck says.

When the corona virus spreads and authorities introduce restrictions and recommendations, how do they persuade people to follow them? Not just by rational argumentation, Spinoza might have answered.

As citizens of democratic countries, we are encouraged to think critically, but we are constantly manipulated and influenced by external circumstances.

“He argued that a realistic political philosophy must be based on the understanding that people are largely governed by their passions and that we are more emotionally driven than we tend to believe,” says Dahlbeck, the author of Spinoza - Fiction and Manipulation in Civic Education.

Dahlbeck believes Spinoza's thinking was, and still is, radical. “Unlike thinkers such as Plato and Descartes, he makes no sharp distinction between mind and body. Nor are there any higher powers to rely on – every human is the architect of their own fortune. Nevertheless, they are dependent on others for a sustainable existence.”

Spinoza, however, argues that critical thinking seen as an objective and inherent ability is largely an illusion.

“As citizens of democratic countries, we are encouraged to think critically, but we are constantly manipulated and influenced by external circumstances. These are written and unwritten rules which we are expected to follow and to which we teach our children to conform to. We are brought into society through a form of indoctrination, but we don't see it that way,” says Dahlbeck.

During the pandemic, countries worldwide have used various methods to reduce the spread of infection. In Spinoza’s view, this has happened through indoctrination, which he sees as a neutral tool used for both good and evil purposes. The key to building a thriving community is to play on people’s emotions. It just needs to be done through shared narratives that strengthen our will to work together, not by provoking mistrust, suspicion, and division.

“Political leaders can either frighten people or make them want to protect each other and, indirectly, themselves. The latter is more difficult but, according to Spinoza, more successful in the long run,” says Dahlbeck.

Spinoza was not opposed to rational thinking – he simply wanted people to understand that our emotions control us. This is particularly relevant when many issues, such as fighting a pandemic, are strongly polarised.

“Those who join the anti-vaccine movement and those who follow the government’s recommendations would probably both say they think critically. Using rational argumentation to negotiate with these people then becomes almost impossible. Instead, it is a matter of appealing to emotions, a sort of benign indoctrination, which can unite people to pull together.”

Find out more about Johan Dahlbeck and his research