Antibiotics do not need to be given to high-risk patients 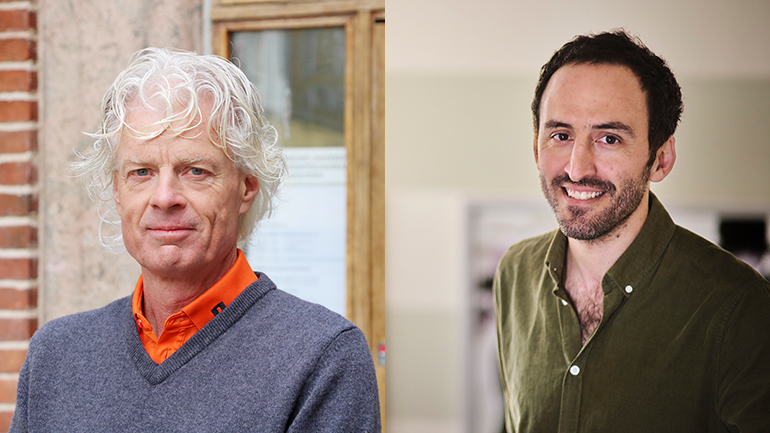 Bengt Götrick and Aron Naimi-Akbar believe that more dentists will avoid giving antibiotic prophylaxis when it is not necessary.

The question mark hanging over the use of antibiotics for high-risk patients receiving dental care has been further answered. A huge study has again found that inflammation of the heart valves is not reduced by such medication.

There is no indication of an increased risk of suffering from endocarditis after the antibiotic recommendation for the high-risk group was removed.

In 2021, the Medical Products Agency removed the recommendation to use antibiotics in dental procedures for certain high-risk patients. Previously, it was seen as a precautionary measure to counteract the risk of heart valve infection (endocarditis) when oral bacteria spread through the bloodstream. This was a connection that has never been proven.

Bengt Götrick and Aron Naimi-Akbar are members of Strama (the Swedish strategic programme against antibiotic resistance), which worked towards the change to the guidelines.

“Bacteria from the oral cavity enter the bloodstream even when patients brush their teeth or eat. So it is not just associated with visits to the dentist. Why should they then get antibiotics from the dentist, we reasoned,” says Götrick, a senior dentist and associate professor of pharmacology.

“The results only show small variations in risk changes, both before and after the change. There is no indication of an increased risk of suffering from endocarditis after the antibiotic recommendation for the high-risk group was removed,” says Aron Naimi-Akbar, a senior lecturer and senior dentist.

Sweden and the UK are the only countries that have removed the recommendation. The groups that are considered to be at increased risk for infections are: people with congenital heart defects, those who have had heart valves implanted, and patients who have previously had an infected heart valve.

“The recommendation to give antibiotics to risk groups has been questioned before. But it has always been said that clinical studies, for ethical reasons, are not possible. In this way, this is a unique study,” says Götrick.

Before the risk of developing resistant bacteria was seen, antibiotics were regarded as an obvious safety precaution. Antibiotics are one of the cheapest drugs and 20 years ago it was considered largely free of side effects, Götrick explains.

To further confirm the results, the researchers, in a future study, will follow high-risk patients and map which dental procedures they have received and if they have suffered from endocarditis.

Previous guidelines have not been based on a solid scientific basis. Against the background of the new results, Naimi-Akbar and Götrick believe that more dentists will avoid giving antibiotic prophylaxis when it is not necessary. They also believe that the research results will provide support for changed guidelines in other countries.

Infective endocarditis among high-risk individuals - before and after the cessation of antibiotic prophylaxis in dentistry: a national cohort study