Are spooky stories a way of understanding our own demons? 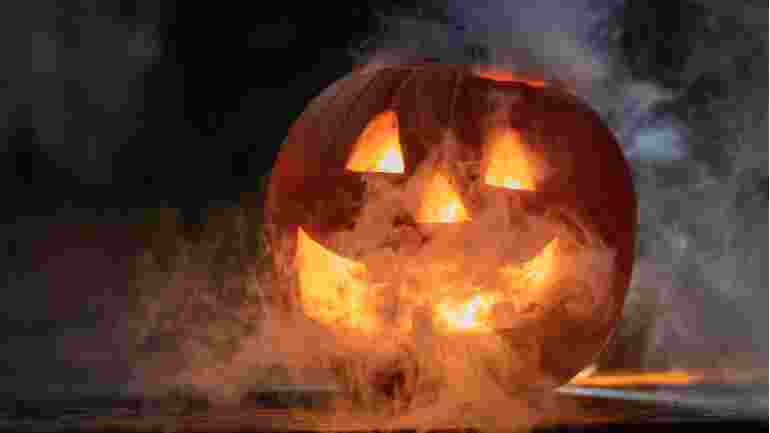 Trick or treating and fancy dress might make Halloween a time for playful horror. However, according to the monster theorist Line Henriksen, we can also learn something about ourselves and our society from things that go bump in the night.

“Monsters are often seen as something negative, but in monster theory, they are neither positive nor negative. If we are afraid, we should ask ourselves, 'why?'. By doing so, we can gain a better understanding of what we consider to be normal and non-monstrous,” says Henriksen.

Often there are many more things we have in common with the monster than we think.

She believes that we project our fears, desires, and imaginations onto ‘the monsters’. “When we create a norm, we also create an opposition to that norm — who is human and normal and who is not?".

Her research focusses on ‘the digital gothic’. In recent years, online stories that combine the gothic with the digital have become popular. Monster depictions exemplify the anxieties and fascinations surrounding digital media.

“How do we live with uncertainty? Ghosts solidify how it can feel for us to constantly relate to and live with technology; if neither we nor IT technicians know why our computer or mobile phone do not work then all we can do is restart and hope for the best,” says Henriksen.

An example of this is the film ‘The Host’, which was produced during the pandemic and concerns a group of people that meet on Zoom where, as the film's marketing suggests, ‘someone has joined the meeting’.

It exemplifies ‘the horror’ of, and our relationship with, digital media. We are present, but at the same time absent, and we lack control, suggests Henriksen.

There are copies of many of us online through pictures, audio recordings and videos that we ourselves or others have uploaded. “We make our own ghosts — copies of ourselvea — that will exist long after we do.

This is what horror stories circulating on the net, a phenomenon known as ‘creepypasta’, have latched on to. In one story, a man is haunted by his dead girlfriend's Facebook profile.

“Just like in the film with the Zoom session, its popularity tells us that this is something that feels relevant; with these stories we can take part in what it is like to live with a technology that seems to have its own mind. We are haunted by the past and the future in a way we never were before,” says Henriksen.

Our monsters say something about the times we are living in. During the 1950s and 1960s, many horror stories in the United States were about "the others", the unknown. Then, narratives were often about the fear of communism. In more recent stories, the image of monsters is often more nuanced. More stories are written from the monsters' perspective and their marginalisation is problematised.

“Often there are many more things we have in common with the monster than we think. If the monster has nothing to say about ourselves in any way, would it be as scary?,” she adds.

This text is haunted by: Ellen Albertsdóttir & Adrian Grist

On 29 October at 12:00 to 17:00, "The Monster Network", of which Line Henriksen is a co-founder, organises a Halloween symposium in collaboration with the University of Oslo. The event is broadcast on Zoom and is open to anyone who is curious.