Are we at home using smart devices, or are they using us? 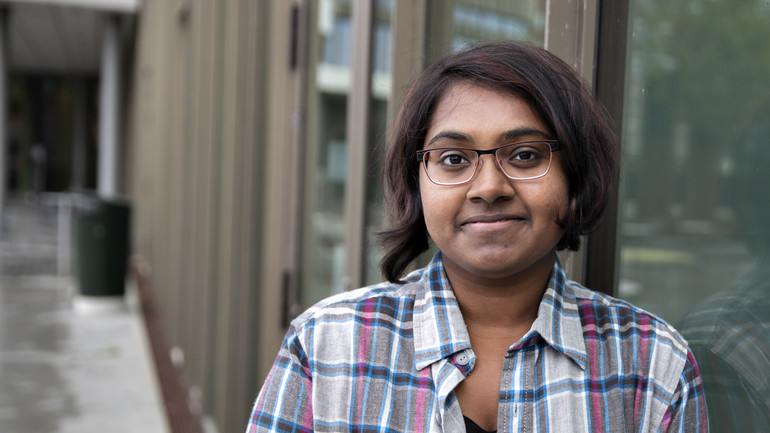 The devices in our homes are becoming smarter and smarter, but home now extends beyond the four walls you inhabit? A Malmö University researcher thinks it is time to refamiliarise ourselves with existing technology rather than develop new devices.

Anuradha Venugopal Reddy, who recently defended her dissertation ‘Researching IoT through Design: An Inquiry into Being-At-Home’, believes we are living in age of abundant data and is questioning the agency of smart devices.

... we cannot take technology in isolation, it does not live in a vacuum, but among us.

“Take smart phones, we use them at home, at work, and on-the-go. That means a lot of data sets and networks are constantly talking to each other — there is a huge amount of data which is being transacted with every single click.

“Even if you walk from your home to your work, everything is logged, and that data goes to a corporate company or institution. They are hidden networks which can distribute your data. You cannot point to a single actor in a network and say, ‘this person has my data’.

Her research takes into consideration the idea of participation, a key component of interaction design.

“With smart devices, participation is happening in real time and it is not just you and the device, but a whole ecology taking part in that process. We are part of socio-technical systems, we cannot take technology in isolation, it does not live in a vacuum, but among us,” she says.

In one project, she used a smart water bottle, which can connect to numerous devices such as a smartphone, a Fitbit, or a smart watch. It connects to an app that allows the user to track their hydration. If, for example, the user goes for a run, the app can tell them to drink more water, and that data can be shared between devices.

She added a camera to the bottle to understand in what situation the person drank. The user was asked to take a photo of their location when they had a drink. The camera was not automated in any way, it was down to the user to decide when to take a photo, but at the same time the bottle was gathering data automatically.

In a gym locker rooms she found there was a photo of a naked body captured, an image which was not taken by the user.

“We take our smart phones into toilets and public spaces all the time, so this aspect of devices invading unexpectedly into private spaces and capturing and profiling other persons needs to be further researched.”

She also looked at in-built bias of such smart technology and is trying to understand technologies from the perspective of marginalised people.

“Take the water bottle, I specifically did not state the gender of the user. Technology classifies the person all the time, we are constantly being profiled in terms of our different attributes. We need to be open to the idea that the person can have plural identities.

“We need to familiarise with what we have rather than building the next new smart objects. We already have an abundance of data technologies,” she adds.