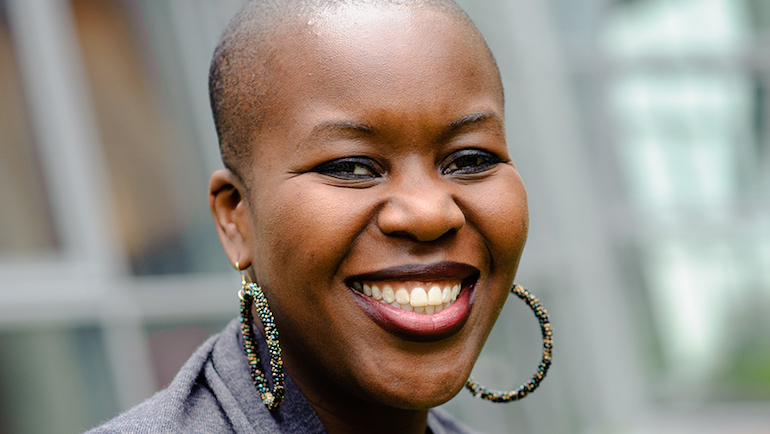 Malmö University lecturer Temi Odumosu received an award from the Historians of British Art society for her fresh take on the representation of Africans in British visual culture.

Her book, Africans in English Caricature 1769–1819: Black Jokes White Humour, looks at racial caricature and the way these images circulated among the elite at the time. This was a period in which the way Black people were portrayed was complex, she says.

“I’m interested in how humour gets underneath the impulses and desires of this historical period, and particularly how this adds another perspective to our understanding of slavery and the colonial project. What we see is Africans not only being ridiculed in deeply racist ways but their images also being used to undermine the saintliness of wealthy people. The Black body was not only mocked its own right, but also used as a tool to mock others.”

Humour is about power, but when you deal with power, you’re also dealing with the shadow side of a culture.

The large-format book draws on extensive archival material and has been lauded for its design and the way it brings scholarship to life. One of the challenges, however, has been the ethics of reproducing what are often horrifying images as part of the publication.

“Humour is about power, but when you deal with power, you’re also dealing with the shadow side of a culture,” Odumosu explains.

“I have seen things during research that I chose not to include — not only because I don’t want to retraumatise people but also because we need to question the benefit of reproducing this sort of archival material. What does it add to the scholarship and the message you are trying to convey?

“Researchers interested in slavery and its visualisation often consider what not to share. Not as a form of censorship against knowing but as a way to protect those who have been violated. We ask ourselves how to create spaces that are fair and compassionate but also allow communities to access these materials so they can reconcile with what happened to their ancestors.

“Some people have asked me why I decided to explore all this ‘ugly stuff’. The answer is that when you grow up as a racialised person, specifically in a European context, you come to understand that your body is coded outside of your control and that the world has very particular ways of seeing you. I needed to get to the bottom of what was influencing that coding. Looking at caricature you begin to see evidence of cultural conditioning taking place, sending out images that reinforce often very negative ideas of blackness, of brownness, of indigeneity.”

Odumosu hopes her book will be useful to anyone interested in history, colonialism and representation.

“The great thing about the award is realising that apart from myself and a few others who had to read my book for scholarly reasons, there is a whole other set of people who have engaged with the text,” she says.

“I see the book as a resource — I wrote it that way, which is why I am generous with my citations and have these incredibly long footnotes. I hope that it will prompt curiosity, because it was curiosity that got me to this subject in the first place. Seeing a couple of strange images, and thinking, where does this come from?

“Being recognised by a peer group is a wonderful acknowledgement and means that all that silent work — staying in the archive those extra hours – will hopefully progress the field.”