Conference promotes the protection of endangered culture in the Caucasus 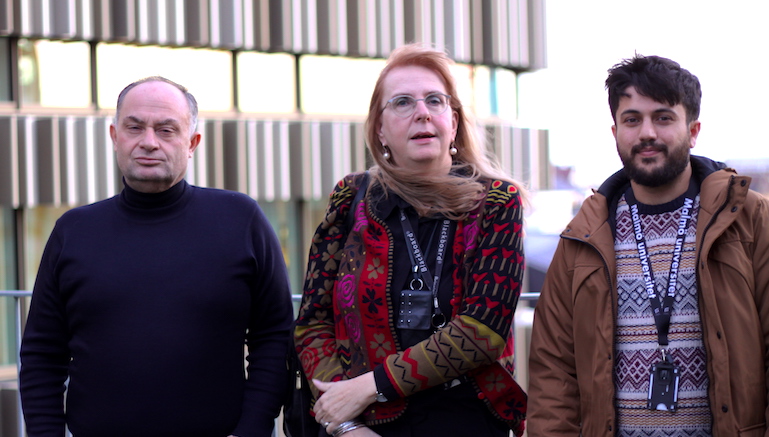 Researchers from across the Caucasus gathered for a rare meeting to discuss the protection of minority cultures and rights in the region.

The conference Promoting International Dialogue and Protecting Cultural Heritage in the Caucasus was organised by the research platform Russia and the Caucasus Regional Research (RUCARR) at Malmö University and funded by the Swedish Institute.

Language and culture are highly topical issues for Circassians and other minorities in Russian North Caucasus, and also relevant to many of the conflicts in the area. The conference was a chance for researchers who otherwise have little direct contact to interact and focus on strategies to preserve their heritage.

“This has been a very important arena for people to connect,” says Karina Vamling, co-director of RUCARR.

“You look at the Caucasus and it’s such a small area you think there must be ample opportunities for contact but, in reality, there are so many obstacles and borders that people don’t really have the chance to meet freely. This event is a small step in the right direction and we’re hoping for lots of further cooperation and new initiatives.”

Vamling stresses that the conference was not focussed on political discussion, but rather on cultural values and how to preserve language and traditions.

According to Merab Chukhua, head of the Circassian Cultural Centre in Tbilisi and professor of Tbilisi State University, many native languages are increasingly disappearing due to migration. More the 80 percent of Circassians do not live in their homeland.

“Many Circassians were deported to the Ottoman empire in the 19th century and there is a large Circassian diaspora. We are currently witnessing an emerging generation that are not able to speak their native tongues. Assimilation has led to many languages and dialects disappearing, along with the cultural heritage and identity of the people,” he explains.

Many concerns also have to do with education policies that neglect minority languages in favour of Russian. Organisations like the Caucasian Heritage Research Institute in Tbilisi are doing vital work to combat this linguistic and cultural loss. One of the organisation’s founders, Elnur Aliyev, presented research on the importance of safeguarding endangered languages.

“When we preserve language, we are at the same time preserving the ethnographies, traditions and historical memory of that people. My work is about creating a corpus that functions as a sort of database of endangered languages.

“The researchers here are neighbours but we don’t have enough access to share our experiences, which is why this conference is so important. It allows us to share our knowledge, to share what we have done and what we can do,” says Aliyev.

Chukhua agrees that these types of events are a key part of the solution.

“I think we’re creating a good tradition in Sweden by having Circassians from all over the world join together in discussing the issues and problems that we face. In this sense, I think the conference is unique.”