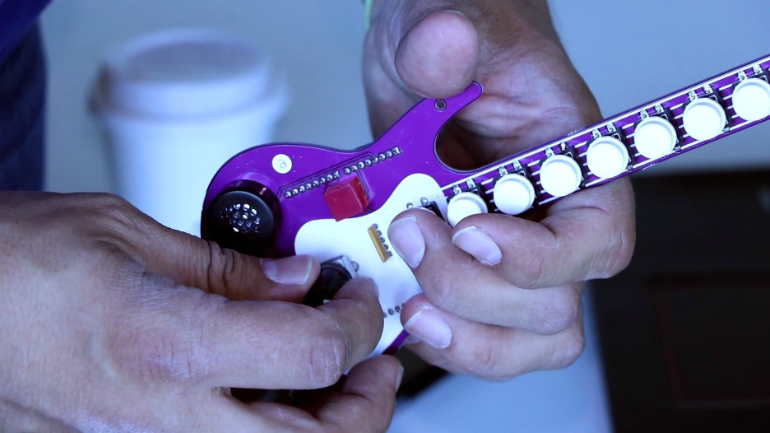 Malmö University lecturer and founder of the open source platform Arduino, David Cuartielles, has spent more than a decade researching digital design. His thesis, Platform Design – Creating Meaningful Toolboxes When People Meet, presents the lessons he learned along the way.

Challenging convention has always been part of Cuartielles’ work, which has been dedicated to developing open source tools for live performance and education. His PhD has also been a journey down the road less travelled; when he defends his thesis on October 18, it will encompass 15 years of research.

“My thesis is not an average compilation. It doesn’t just include academic journal papers, it also includes a manifesto, two reports that took three years each to write, as well as design graphics and explanations of software.”

This kind of long-term, collaborative work is not often acknowledged in traditional academia. Cuartielles hopes his thesis will help validate and open up possibilities for other forms of research methodologies, such as music and video.

“I think it’s important to consider your method as a malleable product that can change over time. This is especially true for interaction design because the tools and platforms are new, so the method needs to be created and adapted as you go,” he explains.

Cuartielles’ thesis uses case studies, many of which he has been personally involved in, to explore what a digital platform is and what it needs to be successful and sustainable.

“I look at different projects that have the goal of becoming a platform but have not managed to do so, and I analyse why. Arduino is a prime example of a success story, but what makes it work?”

The key aspects needed to create a platform are what Cuartielles refers to as “functional requirements” and they include openness and community.

“When a platform is born, it’s just an undefined mass that is given shape through interaction between users and developers. Take YouTube for instance. It’s not that someone just created the platform and said ‘okay guys now you can post your videos’. Users outline what works and doesn’t work and YouTube then has to renegotiate the conditions. The platform is that glue between different types of users, developers and machines,” he says.

“Openness is not just about open-source but how open and open-ended a process is. How easily is it to understand, and how possible is it for you to participate in and influence?”

Cuartielles hopes these requirements, or “learned lessons”, can be applied by design students who want to build their own digital platforms.

Although he is looking forward to the sense of closure that comes with his thesis defence, Cuartielles also feels that this kind of research is a life-long investment.

“It’s never really over when you’re involved with research at the personal level. If you care politically about what you’re doing, it’s hard to detach from it and say ‘I’m done with this’ — the project never really ends.”

Find out more about digital design platforms when David Cuartielles presents his thesis on October 18. There will also be an exhibition about Arduino taking place in connection with the defence of his doctoral thesis. The exhibit will explore Arduino's journey to becoming an interactive technology used across the world.