Diagnosing Parkinson’s disease by the way you use your mobile 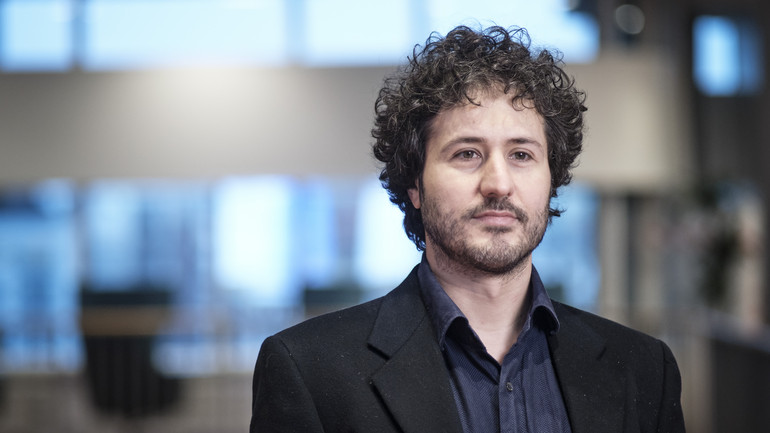 Voice samples, motion patterns, and finger movements as the screen is touched — all easily monitored with the possibility to help diagnose Parkinson’s disease. This is the hope of a Malmö University researcher, who is developing a mobile phone app.

The new research project will develop technology that makes it possible to collect such important data without the patient having to seek help from healthcare professionals.

We let patients do a short voice test on their mobile phones. Parkinson's affects speech, and voice tests have shown to provide a lot of information about who has the disease and to what extent.

“An advantage is that the technology makes it possible to collect the data daily. The idea is that it should be able to replace parts of the examinations that are usually done in hospitals,” says Dario Salvi, a researcher at the Internet of Things and People (IoTaP).

“We want to create a system where there are a number of simple tests that the patients do themselves through the mobile phone. In parallel, a continuous measurement of movements takes place on a smart watch. Collected data is sent to a server and can then be analysed by a doctor,” says Salvi.

Together, this should provide a picture that is comparable to conventional surveys used in healthcare. The collection of data is done through an expansion of the app Mobistudy, which was created in the UK and is being developed by Salvi and IoTap. The tests are based on well-proven methods for diagnosing the disease, such as measurements of the patient's speech, tremors and movement patterns.

“We let patients do a short voice test on their mobile phones. Parkinson's affects speech, and voice tests have shown to provide a lot of information about who has the disease and to what extent,” says Salvi.

Another test should measure the speed at which the person taps the mobile phone’s screen and the presence of any tremor. Others are about using smart watches to document the length and frequency of the patient's steps, and to follow the patient's sleep.

IoTap develops the app and performs the analysis of patients' movements. The voice and sleep analysis take place at the University of Edinburgh with patients being recruited by Karolinska Institute.

The technology and user-friendliness will first be tested in a small study with about ten participants. After that, they will continue with 30 patients who will use the app for three months.

“If the project gives good results, we may be able to develop a new app especially for Parkinson's, but it requires more funding,” says Salvi.