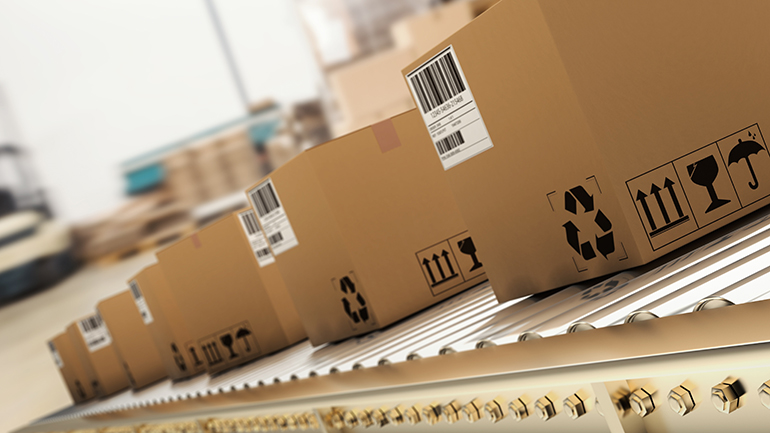 An innovative approach to collecting parcels — which aims to reduce carbon emissions – has been modelled and evaluated by a Malmö University team. The concept of ‘smart mobile boxes’ could reduce traffic related to the increase of e-commerce, as well as increase convenience for the customers.

The proposal, which will help with the last part of the logistics chain — known as the ‘last mile’ — was developed by a private sector company which consulted Paul Davidsson, a professor in computer science to help bring the idea to fruition.

It is a promising concept, the boxes are mobile and stand outdoors. The customer also does not have to be home for a certain time to receive a delivery.

Together with is colleagues from the Internet of Things and People research centre, he has analysed the logistics through, among other things, computer simulations.

The vision, known as ‘Smart Mobility’, is that a box made of compartments in which items can be stored, is filled in a depot; the box is then driven by a special electrified vehicle to a place, for example a car park, where the customer uses a code to open a compartment and pick up their items during an allocated time slot.

The box is then driven back to the depot and refilled. The unit can be equipped with sensors that show, for example, how many packages have been picked up.

The idea, developed by the company DiPP-R, is to reduce the total mileage generated by e-commerce and thereby reduce the environmental impact and congestion in traffic. The box should optimally be so close to homes of the recipients of the items, that a car does not become a viable option.

“It is a promising concept, the boxes are mobile and stand outdoors. The customer also does not have to be home for a certain time to receive a delivery. It also does not require much space — two parking spaces, for example,” says Davidsson.

In the feasibility study, various delivery concepts and service networks have been analysed. Postdoc Fabian Lorig and project assistant Emil Johansson at IoTaP, have developed a simulation model that can be used to analyse different delivery scenarios.

A neighbourhood in the city of Malmö with a 190-hectare area and about 10,000 inhabitants was used for modelling. An example of a scenario is the delivery of 500 packages daily, that the boxes are out for at least 24 hours, and that there is a total of eight units in the neighbourhood.

The number of kilometres driven to get the boxes to the locations was compared with the distance of the journeys to the existing two delivery points in the area. The simulations indicate that the traffic decreases with the box concept: the reduction in the customers' mileage compensates for the increased mileage that comes with the vehicles that drive the boxes.

Factors that play a role in the result are how quickly the customers empty the box and the distance to the box. If it is longer than 500 metres, they may use a car.

“One critical aspect is that if the box is left for a short time and is not emptied then you have to drive back with a lot of packages, which does not make room for so many new ones. We are looking at what it can be like if you replace the boxes with both longer and shorter intervals, but we are not finished with that analysis,” says Davidsson, who believes that the study should be extended to get a more comprehensive picture.

More about Professor Paul Davidsson and his research