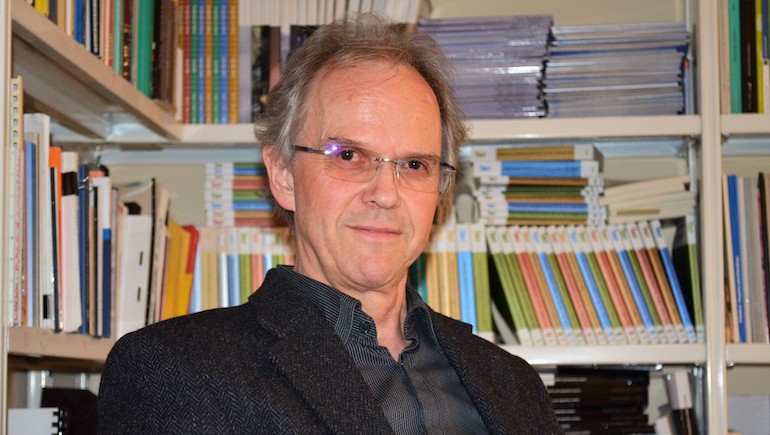 Spotlighting the impact of politics on freedom of movement, Rainer Bauböck will be exploring migration and mobility during a public lecture at Malmö University.

Bauböck is part time professor in the Global Governance Programme at the European University Institute in Florence. As part of the University’s Knowledge for Change seminar series, he will be giving a lecture titled Migration and Mobility: European Dilemmas.

Politics has a great impact on freedom of movement and Bauböck is particularly interested in how the rights and statuses of migrants are produced and how destination countries distinguish between different categories of migrants.

“We need to analyse migrants’ opportunities, rights and status transitions not just from the perspective of a single country of immigration. Independent states, sub-state autonomous regions, local municipalities and supranational polities like the EU have distinct citizenship regimes and respond to migration in quite different ways.

“I argue that the combination of citizenship at these different levels is what allows liberal democracy to, on the one hand, be open for mobility and migration while, on the other hand, preserve the territorial boundaries of democratic self-government over time,” he explains.

According to Bauböck, European borders are becoming more “porous”, which has resulted in an upsurge in tourism and economic migration. This gives Europe two options:

“A further closing of external borders will contribute to political and economic instability while fuelling the rise of illiberal, nationalist political parties. The alternative option is to mobilise politically for greater openness of European societies and development-and-migration partnerships with Africa, not only for reasons of humanitarianism and justice, but also as a way of enhancing opportunities for European citizens and Europe’s weight in the world,” says Bauböck.

The key, he says, is to remember that European countries are in this together.

“The migration and citizenship policy of each state in Europe affects all states. The vision of a more open Europe can only be achieved through joint efforts at the European level.”

Moreover, Bauböck emphasises the role of universities in communicating academic knowledge to wider audiences, especially when it comes to politically sensitive topics such as migration.

“Universities should not merely provide fact-based evidence and popularise new theoretical insights, their members should also play their role as citizens who initiate or join debates in the public sphere and who participate in civil society initiatives and protests. This will not overcome the political polarisation on migration issues, but it can contribute to more informed debates and to challenging the drift towards anti-immigrant sentiments.”