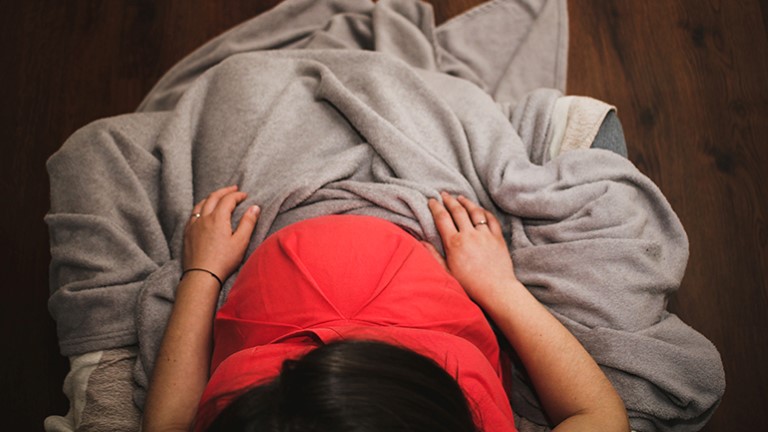 Expectant and new mothers are expected to be happy; experiencing mental illness is taboo. Yet every tenth pregnant person, and just as many new mothers, have depressive symptoms.

“Our study shows how vital it is to detect depressive symptoms early in the pregnancy, and the need for standardised screening methods,” says Hafrún Finnbogadóttir, senior lecturer at Malmö University.

So what is the health status of these women? Finnbogadóttir’s research shows that 6.2 per cent of the 1,939 pregnant women who took part in the study already had depressive symptoms at the first visit to a midwife when pregnant. Throughout the whole pregnancy, about 10 per cent experienced depressive symptoms. The same percentage had these symptoms a year and a half postpartum.

The research shows, with statistical significance, that women who reported depressive symptoms were not likely to be treated with antidepressant medication. Among the women with depressive symptoms that also reported having been subjected to domestic violence, none were treated with antidepressant medication. The lack of pharmaceutical treatment may be an indication that these women go undetected and most likely don’t receive any treatment at all, Finnbogadóttir says.

“It is remarkable to both have such a young child and multiple depressive symptoms, as some of the women in the study had, and go undetected. The care providers should review routines and screen for symptoms of depression during pregnancy as well as other occasions during the child’s first years, for example at the one-year check-up at the CWC. The health of the mother and the child is dependent on the mother’s mental wellbeing,” says Finnbogadóttir.

Finnbogadóttir notes that treatment with antidepressant medication of pregnant women with depression is both complex and controversial, which is why further investigation is needed. There is concern that antidepressant medication affects the foetus in a negative way. However, previous studies have shown that depression not only affects the mother’s own health negatively but also impairs their attachment to the child and makes the parent less sensitive to the child’s signals.

“It is serious to have apparent signs of depression and not receive treatment. Depressive symptoms reduce the mother’s ability to take care of her child. Antidepressant medication could alleviate their vulnerable situation.”

Finnbogadóttir wants to see improved cooperation between physicians in pregnancy and childbirth, midwives and psychiatry.

“Dialogue with the women is necessary. It is also important to look over routines and be more attentive to women with depressive symptoms early in the pregnancy. In many countries, it is routine to screen pregnant women for depression. My international colleagues are surprised that we don’t have this routine in Sweden.”