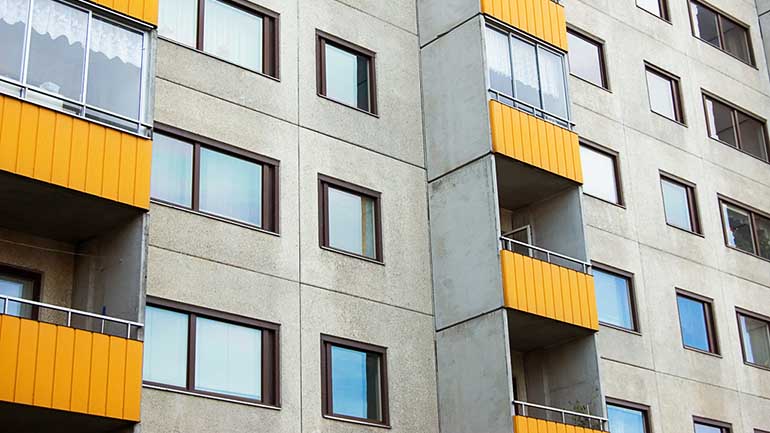 Levels of crime and fear of crime are higher in so-called vulnerable city areas compared to the rest of society, and the ongoing corona crisis risks increasing this vulnerability. But it is possible to reverse the trend, say researchers at Malmö University in a new book.

Reversing development: from vulnerable areas to security and participation summarises knowledge and experiences around vulnerable areas in Sweden as a result of a unique research collaboration between the police force and the University.

It is worth emphasising that the criminally active do not even constitute one per cent of the residents in these areas.

In the book, the researchers explain how vulnerable areas can be understood and what needs to be done to reverse the development.

They see several positive development trends: crime and insecurity are not increasing, on the contrary, levels are static or improving. While authorities and politicians have begun to take the problems seriously, the police have developed a deeper understanding and better working methods.

“It is worth emphasising that the criminally active do not even constitute one per cent of the residents in these areas. But they have a big impact. Here, a generation of young people have grown up with poorer conditions in life both financially and socially.

“Many people feel that they are politically marginalised and for a smaller group of boys and young men, crime has become an alternative,” says Professor Stig Westerdahl, who is one of the editors of the book.

The researchers sketch three different scenarios for the future. The first is that there will be no change at all, scenario two is that it will be worse than today, and scenario three is that development is reversed through a local and national political investment in police and other community-building measures.

However, the risk of a worsening situation has increased with the ongoing corona crisis.
But how can the scenario where steps forward are being made be realised? The researchers outline four approaches.

They centre on bordering the police and other authorities, creating relationships to create a sense of participation and legitimacy, collaboration between authorities, the population and other actors, and not least, knowledge-based initiatives.

An example of such practice is that of Operation Rimfrost, a police initiative to clampdown on gang violence in Sweden. Another example is the crime prevention work carried out within the framework of Effective Coordination for Security (EST).

“Investments are already taking place in vulnerable areas, but we almost never find out if what is being done has any effect. We believe it is of great importance to develop and test methods locally, but it should be supported by integrated efforts for evaluation and research. Then we can lift experiences that are positive and spread them,” says Manne Gerell, lecturer at Malmö University and another of the book's editors.