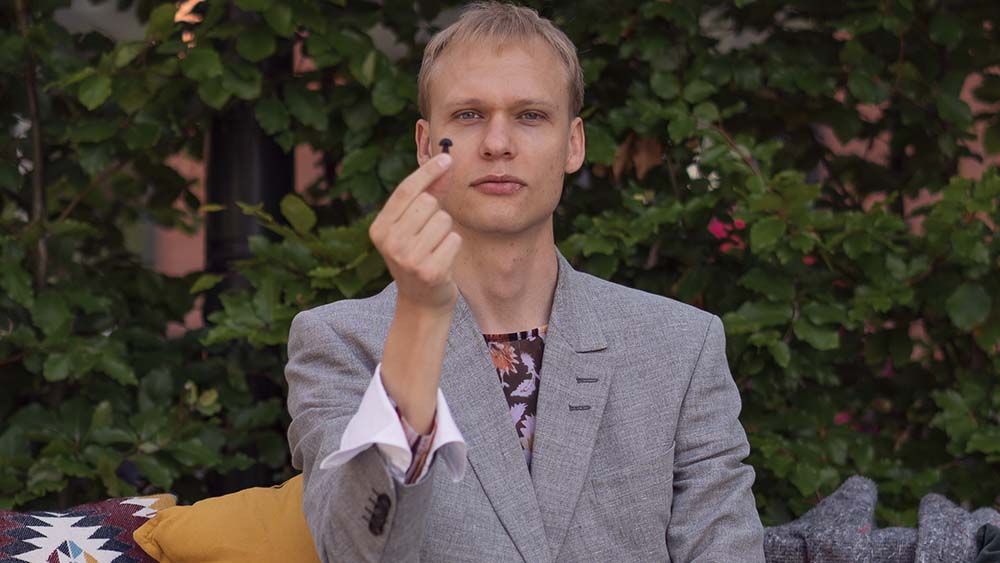 Fresh from his studies at Malmö University, an alumnus has found a sustainable way to plug a gap in a highly-competitive market.

Jakob Sandman, who graduated from the Product Development and Design programme, is now in the process of launching the world's first earplug made from 100 per cent recycled plastic. Sandman developed the product in collaboration with the Swedish manufacturer of reusable hearing protectors, Happy Ears.

“I was triggered by how traditional the earplug industry is, and that every year a billion earplugs are consumed, the majority of which are foam plastic.

“There was a space to fill and making earplugs made entirely of recycled plastic is a nice step forward. Plastic is a material that is often criticised as a poor choice, but that is — as always — not the whole truth. Plastic also a material for the future, a lot of exciting things are happening with the development of plastic,” he says.

These have a long shelf life and can be used daily for at least four months. This can be compared with the disposable articles that dominate the market today, and the considerably more expensive customised moulded earplugs.

“Hearing protection is critical to our well-being and health. Hearing problems are one of the great public health challenges of our time. Unlike some designs that give the feeling of sitting in a glass jar, the new design lets in a clear and natural sound while protecting the ears from the loud noises.”.

Through a newly launched Kickstarter campaign, Sandman hopes to be able to raise SEK 200,000 during the summer to start production at the company's manufacturing facility in Stockholm. The idea is that the earplugs should be included in the company's regular range.

“I am very grateful for the opportunity to put my knowledge from university to the test. It feels fun to be part of this experience,” Sandman adds.