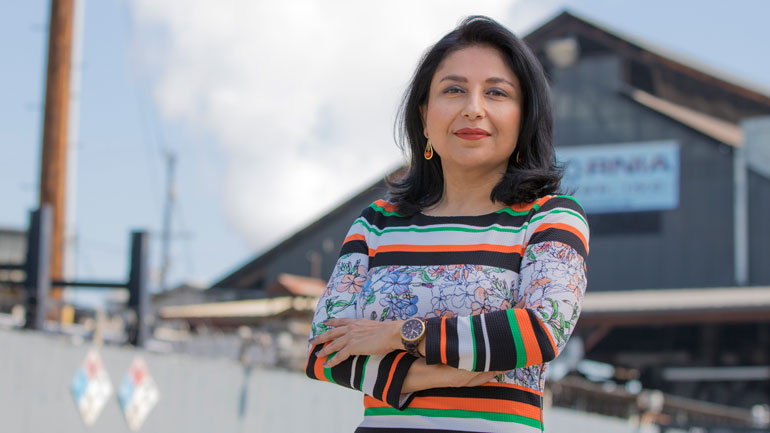 As part of Malmö University’s Knowledge for Change seminar series, Roy spoke about the rise of white supremacy and the need for radical resistance. Her lecture was titled Liberal Democracy and its Racial Others: The West in the Age of Trumpism.

In addition to her role as professor, Roy is also Inaugural Director of the Institute of Inequality and Democracy at UCLA. Much of her work is concerned with poverty and inequality, especially in cities.

“Ever since Trump’s election, we have seen this horrifying resurgence of white nationalism. The institute I work for decided that we needed to speak out, not just against structural racism but by contesting white racial domination. I am interested in exploring strategies of resistance, as well as thinking philosophically about what of sort of ethical frameworks might allow us to break with whiteness and white supremacy,” says Roy.

One of the first steps towards reaching this goal is realising that white nationalism is not limited to the confines of America.

While the term ‘Trumpism’ implies that this is an American thing, I want to make the argument that this is a worldwide phenomenon. In Europe, the conversations get tricky because we are seeing the resurgence of so many different forms of white nationalism.

According to Roy, it is important that countries like Sweden take stock of how talk of integration and multiculturalism, as well as ‘colour-blind’ approaches, are subtle ways of masking racial injustices. It’s also important for universities and researchers to turn their critical gaze inwards.

“As scholars, I think it’s important that we pay careful attention to the conditions under which we produce research and knowledge, how that research is shared, whose goals are we advancing and what alliances we can create through our work,” she says.

“We have to examine how white supremacy gets institutionalised through democratic elections and policies, which is what we are seeing in both America and Europe."

Knowledge for Change is a seminar series hosted by Malmö University and dedicated to strengthening the pivotal role of knowledge and science in society.

Previous lectures and articles in Knowledge for Change series