How the far-right utilise the idea of the ‘defenceless child’ 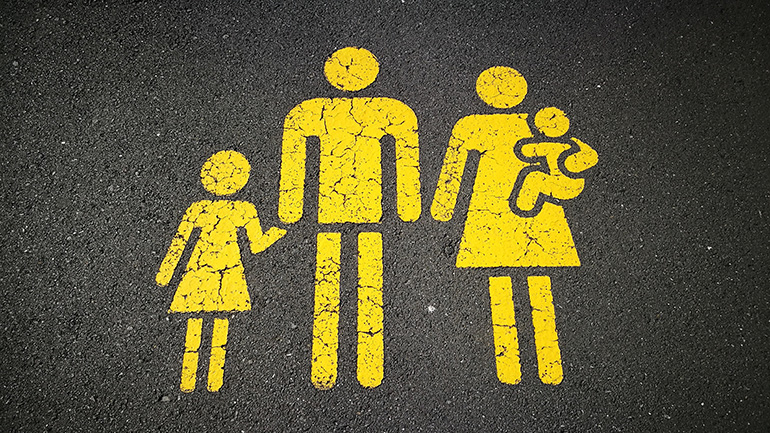 There are voices in favour of introducing a more conservative policy on sexuality and gender which are motivated by a stated desire to protect the ‘defenceless child’. How these traditional values are used in Germany and Russia to restrict women's and LGTBQ rights are now the subject of a new study.

“There is something very powerful about the symbolism of the child, which is outside the political sphere. Everyone agrees that children are in need of protection — that is obvious. That is why right-wing populists use childhood symbolism in their anti-gender policy,” says Maria Brock, who together with Tina Askanius, associate professor of media and communication science at Malmö University, is in the preliminary stages of a new research project.

The anti-gender movement is a new type of social movement that believes that feminism or gender studies have gone too far. Actors within the movement may oppose, for example, sex education in schools and even claim that early knowledge about sexual orientation and gender identity can damage the child. To them, their motivation is to protect the defenceless child.

Within the framework of the research project, which is funded by the EU, Brock will compare Russia and Germany. Both countries have population challenges — such as low birth rates, an ageing population in Germany, and a perceived high immigration. Although the situation is more acute in Russia, Germany also has growing economic and social inequality.

Both countries share a history of a shaky transition to democracy — which has been described as an explanation for the rise of right-wing populist ideas in former East Germany.

In Russia, this has gone further, with, for instance, legislation aimed at "protecting young people" from ‘propaganda’ about LGBTQ people. In Germany, on the other hand, the right-wing nationalist party Alternative für Deutschland — which is monitored by national intelligence services now it is considered a threat to democracy — has a tailwind in public opinion.

Mentioned in the party's election manifesto is a focus on “protecting children” by demanding that references to LGBTQ and gender studies disappear completely from school curriculums.

Brock's goal is to clarify which discursive strategies are used by the anti-gender movement, and research how the child is used as a symbol to push for political change. It will look at rhetoric, but also what arouses fear and what arouses hope.

“Politics is not just about reason, it's about approaching an issue on an emotional level. How can they approach the issue and make it feel significant? It's about both positive and negative affect — and the question of the child is bound to evoke a lot of emotions,” says Brock.

She will begin the project at Malmö University later this year.

Find out more about the project and the researchers

The child as cipher for a politics of ‘traditional values’ in the anti-gender movement: A comparative study of Russia and Germany