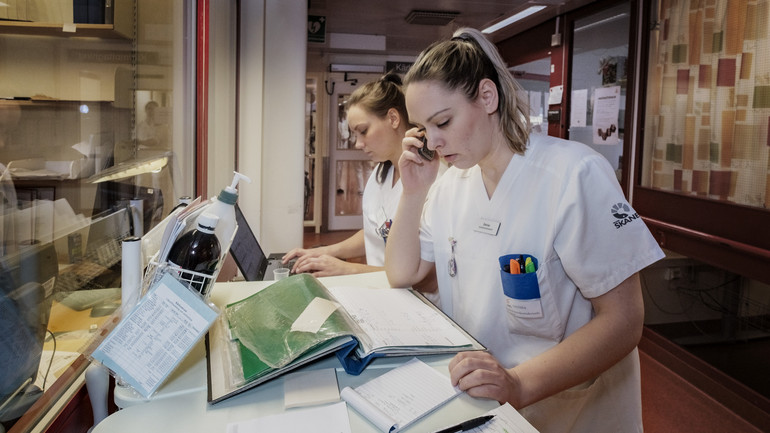 Something happens when knowledge is circulated, interpreted, and understood in different ways by different people. To understand why, we must also better understand the circulation of knowledge in society.

"Medical knowledge is always in motion," reveals the book ‘Movement of Knowledge: Medical Humanities Perspectives on Medicine, Science, and Experience".

In the book, several researchers contribute with a humanistic perspective on how knowledge is deconstructed and reconstructed in the borderland between experts and the general public to eventually be implemented in different parts of society.

We see leaders like Trump sending out false knowledge that affects people in different ways. We see vaccination opponents who think they are entitled to their knowledge even if medical science says otherwise.

In a chapter co-authored by Kristofer Hansson, senior lecturer and researcher in social work, it is investigated how a scientifically developed model for parents of children with diabetes is implemented.

“When new medical knowledge is researched, you cannot just believe that it is finished there and that everything will be used as intended. You must follow the knowledge into the activities. We asked ourselves questions, such as ‘what obstacles are there in communication to the parents? How should the implementation of this new knowledge go? How can it be facilitated?’,” explains Hansson.

In another chapter, he writes about how numbers, more specifically a value of the red blood cells that show how well you manage your diabetes, circulate. He analyses what these figures do in the care meeting and in the ward.

“The value has different meanings depending on the context in which it ends up. If a child has bad numbers for a long time, it can lead to a report of concern to the social services. But the numbers are also used to evaluate the ward's performance. An average value that is higher than other diabetes departments in Sweden can generate discussion about how to change,” says Hansson.

He believes that society is becoming more and more polarised around the understanding of knowledge, and that creates conflict.

”In a pandemic, older people may think that young people get too close to the grocery store, while some do not think that the authorities' call for distance is real knowledge. We see leaders like Trump sending out false knowledge that affects people in different ways. We see vaccination opponents who think they are entitled to their knowledge even if medical science says otherwise.

“Throughout the ages, research has had different views on knowledge. During the 90s, evidence-based became strong, to then go over to the fact that knowledge is an everyday experience, and then considered validated only when it has been examined.

“In scientific research, articles are more often written in journals that are reviewed through a controlled peer review process, which has given science a higher scientific status. This has spilled over into the humanities where books and anthologies have been written more traditionally and scrutiny has taken place on a collegial level.

“Humanities research needs to undergo the same review process and therefore Kriterium has been created — a platform for review, publication and dissemination of high-quality scientific books,” said Hansson.

The book Movement of Knowledge has been scientifically peer-reviewed by Kriterium.

More about the book and the co-author, Kristofer Hansson