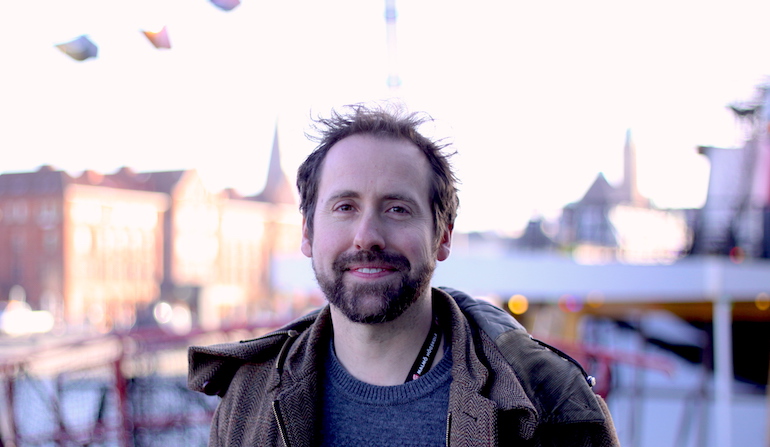 Associate Professor Michael Strange was asked to give expert evidence to members of the British Parliament at a Select Committee session on the role of local government in international trade.

Select Committee sessions are official parliamentary meetings that deal with specific political issues. The committees’ job is to gather information and report their findings and recommendations to the House of Commons. Strange, who has been researching collaboration between municipalities and civil society, spoke to the International Trade Committee on the importance of making both local businesses and the public aware of trade processes.

The meeting coincidentally took place on the same day as the UK Prime Minister’s announcement that a Brexit deal had been finalised.

“It is quite rare that they invite professors to these sessions so I think it’s great that the committee clerks want to bring in an academic perspective. Academia offers analysis, which is lacking in current policy processes as well as the media,” said Strange.

The problem we’re facing now is a fragmentation of the public sphere, and a favouring of opinion over knowledge, which leads to knee-jerk reactions.

The focus was how and to what extent local government should be involved in future UK trade policy.

“One of the main points that I tried to get across and support the counsellors in, was that politics needs to be understood as a two-way process. It’s not just about local interests getting gathered up by municipalities and passed up to the national level; the role of local government is also to help interests actually form by getting small to medium businesses, ordinary citizens and social movements talking,” said Strange.

According to him, whether or not there is consensus, it is debate itself that fuels democracy and helps local actors be engaged and heard when it comes to policy making.

“The problem we’re facing now is a fragmentation of the public sphere, and a favouring of opinion over knowledge, which leads to knee-jerk reactions and limits policy options beyond those turned into easy soundbites. We desperately need expertise, which is where universities can play an important part in informing the public.”

There is also a danger, he points out, of local government influence being coopted by the Brexit rhetoric of ‘taking back control’.

“There is a risk that talking about local government having more of a say becomes a way of ‘selling’ Brexit, whereas in reality we see Brexit being used to centralise control within Westminster,” Strange explained.

“There’s a lot of uncertainty in the UK right now, especially for small to medium companies who have realised, quite late in the day, that they do a lot of trading either with or through EU member states, and suddenly don’t know what the future holds in terms of trade. What are the rules and regulations they will have to work under?”

After the oral hearing, Strange was also invited to submit written evidence. This information will be included in a final report.

“It’s hard to say what impact this particular report will have, but it’s an official document and something that can be quoted by for example MPs, government officials and journalists in future. It also means Malmö University has a role in a high-level political process.”