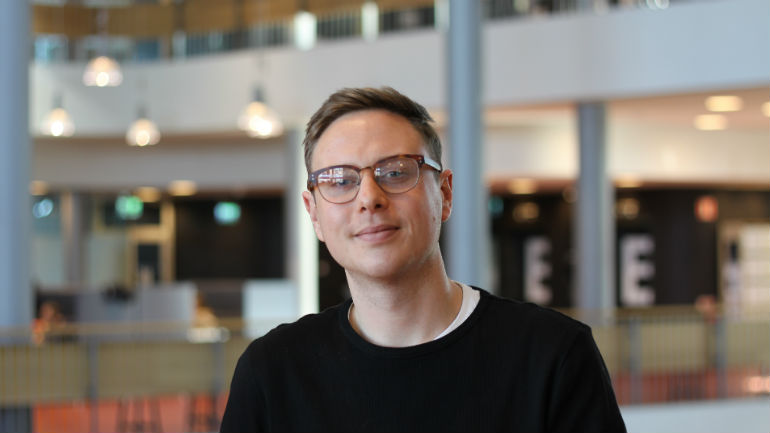 Postdoc Jason Tucker will lead a workshop as part of the Refugees, Borders and Membership Conference.

With an aim to raise awareness and stimulate debate, the Refugees, Borders and Membership Conference draws to a close a two-year postdoc programme which has prompted engagement at a grassroots level.

Organised by Malmö Institute for Studies of Migration, Diversity and Welfare (MIM), the conference will see keynote speakers and guests, who include others than the typical migration researchers, gather to discuss the issues surrounding migration.

It is the culmination of a two-year post-doc programme which was prompted in 2016 when Malmö University pledged to continue its research into issues of migration in light of the ongoing European refugee situation. Research was focussed on political control, media and communication studies, care science, criminology and social work.

Jason Tucker, one of the six postdocs, will be holding a workshop based on his research completed during the programme.

“Since I started, I have undertaken a broad range of activities; through my research I have been looking at the issue of stateless refugees and how statelessness and refuge-ness interact. I’ve been focussing on stateless Syrian refugees — mostly Palestinian-Syrians — and looking how they move through Europe and the Middle East.

“I have also studied aspects of integration and belonging of the group in Sweden from legal, political, policy and a sociological perspectives. The research has created policy guidance which I am now providing to certain government actors and NGOs — our work is very intertwined with reality and policy.

“For stateless refugees there’s no law or policy in Sweden to assess whether they are stateless or not. Possible incorrect assessments can have a significant impact on people’s lives. They could end up in a situation of non-deportability or not getting any assistance from the state as their claim is seen as suspicious.”

MIM has organised the international conference and selected keynote speakers which it hopes will widen the scope of debate and highlight the evolving relations between refugee migration, and the legal and socio-cultural borders between and within states.

“Ellen Kraly is a more typical migrationist in terms of having a certain tendency towards internationalism and looking at things from the viewpoint of the migrant. David Miller is a bit different in that he is a political philosopher, you don’t get many of those in migration research.

“He is more nation-centred than most migrationists. He looks at the political structures and the basic value functions of nation states and discusses to what extent they are compatible with existing asylum laws. The ambition of the conference is to reach beyond the usual suspects — we want the conversation to challenge you,” said senior lecturer Christian Fernandez.

To celebrate the 20th anniversary of Malmö University and its recent inauguration as a full university, Malmö Institute for Studies of Migration, Diversity and Welfare, MIM, is organising a large international conference on the subject of refugees, borders and membership.