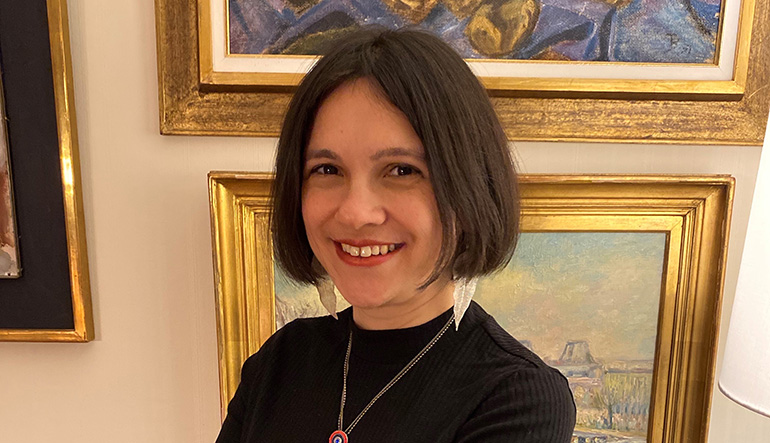 As many opt for a plant-based diet, vegan alternatives are big business. However, some dairy products just cannot be mimicked. Now, a Malmö University professor is on course to develop a new nutritious vegan cheese-making process.

The planet’s limited resources and growing population have never been more under the spotlight. This is what prompted Marité Cárdenas, a professor at Biofilms Research Center for Biointerfaces, to embark on the project.

If we are going to make it from scratch, we don’t need to do it the way nature does it. Nature designed milk because it needed the milk, it didn’t need cheese! We can make it the perfect milk for cheese making.

The research will be funded by Novo Nordisk, and Cárdenas is the first at the University to receive the highly-sought after grant.

“There are a lot of dairy products, which of course are produced from milk, and milk is a difficult material to mimic. So the idea is to work out how to mimic it so we can produce dairy products that are plant based.

“I realise that there is a growing concern in the world, so we need to find ways to be more sustainable. Cheese is a very important food — it certainly is on my table — and if you want to eat the vegan cheese which is currently available in the supermarkets, you might be disappointed.

“The current vegan options are not really mimicking dairy cheese production, they are doing something completely different and that is because there is a great technological limitation,” said Cárdenas.

Milk is made up of proteins — such as caseins — and fats. The proteins are formed in a special structure. When cheese is made, bacteria or enzymes react with the proteins in such a way that curd is formed. It is this curd which forms the basis of cheese.

“This process is difficult to mimic if you do not have these specific proteins, which only exist in animals. A lot of companies are trying to produce them recombinantly using yeast for example, this is something which is done by a molecular or synthetic biologist.”

Cárdenas’ aim is to use her knowledge as a physical chemist to formulate milk from the plant-based proteins.

The project, ‘Nanocapsules and recombinant proteins for nutritious vegan cheese making’, not only aims to mimic cheese, but also improve on its nutritional values.

“If we are going to make it from scratch, we don’t need to do it the way nature does it. Nature designed milk because it needed the milk, it didn’t need cheese! We can make it the perfect milk for cheese making.

“We can add things in the milk which are good for the body, such as vitamins and minerals which are lacking in a vegan diet, and formulate them in such a way that they will remain in the cheese. This increases their chance to actually be adsorbed in the body.”

The Novo Nordisk grant is given to projects which aim to improve the lives of people through better health, education and the development of a knowledge-based sustainable society. In addition to the grant, Cárdenas is receiving advice from the Danish biotech company, Chr. Hansen.

“This is a niche project, it can be difficult to find funding for research like this. It’s a great honour, I am the first person to be holding this grant from Malmö University so I hope it opens the door for many others who can see possibilities from applying,” added Cárdenas.