Music and humour belong together 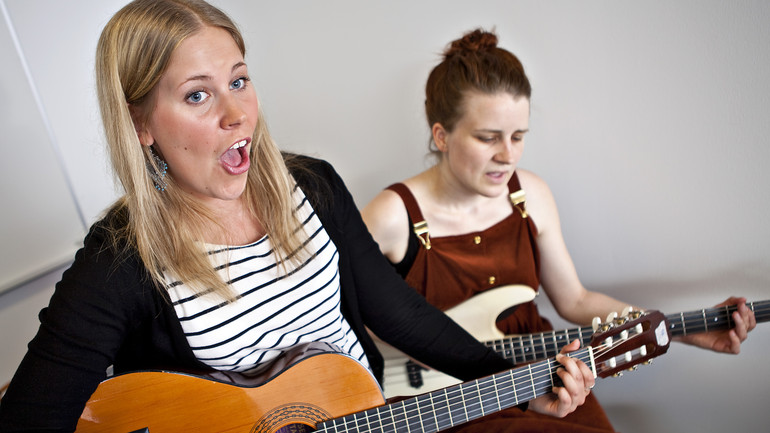 Have you ever reflected on how your favourite artist, whether you are a rock, pop, blues or country fan, uses humour in songs or in between them? And why? A new book examines the connection between music and humour.

Popular music has always been associated with humour, according to history professor Mats Greiff at Malmö University, a co-author of The Routledge Companion to Popular Music and Humour.

“During medieval times, early artists mocked authority at carnivals,” Grieff says, “without repression from the authority —this has persisted.”

In the book, around 50 researchers take a closer look at humour among such genres as African-American female singers, country, jazz, calypso, punk, post-apartheid South African music and hip-hop. The researchers were also interested in specific artists and how they use humour as a style and a way to captivate the audience. One chapter discusses subversive humorous songs in Egypt as well as humour as a weapon in repressive regimes like Russia.

“There are many examples of humour being used to undermine authority in dictatorships. This tradition is strong in former Soviet Eastern European countries.”

In England the music hall tradition of the late 19th and early 20th century, used humour in a similar fashion. The genre was strongly associated with the working class who made fun of the upper class and simultaneously delivered a big chunk of self-irony. This tradition later transitioned to the pop and rock scenes.

Greiff’s own contribution to the book is about the artist Lonnie Donegan, who was tremendously popular in the 50’s. Donegan combined blues and white American folk music, which at the time was radical and associated with leftist sympathies, with British music hall-traditions. Thus he created his own style called “skiffle”, which became very popular in the 50s. Since the chords were simple, the younger generations could easily learn and play them.

“Donegan added distinct humour elements which were almost carnivalesque. One of his most famous songs My Old Man’s a Dustman, is a tribute to the working class. One of the most low status jobs is essential because without waste collectors, society stops functioning, says Grieff.

“Some researchers claim popular music is less important, only distraction and entertainment for the masses. Our research however, shows that popular music has been, is and will be used as a force for societal change."