New research on our relationship with robots 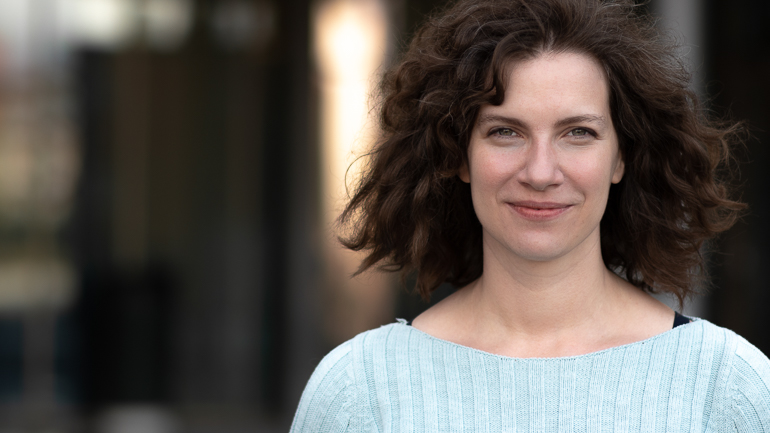 Robots are all around us. They mow our lawns, vacuum our floors and can even take care of our elderly. What we need, argues researcher Bojana Romic, is a social and cultural understanding of existing robot technology.

A new research project, led by Romic, looks at our relationships with and our understanding of robots. She believes we need this to enable the development of robots that are less intrusive and that are not based on robot stereotypes.

“Imagine you have a robot colleague rolling around your office space. How would you like that robot to behave or look? How would you want it to interact with you and the space?”

The project, ‘The Robot as Technocultural Icon’, is a Marie Skłodowska-Curie ‘Seal of Excellence’ project. Romic will study robotic artworks – that is, artworks that feature a robot or are made by a robot.

The reason to focus on artwork instead of industrial or commercial robots is that artwork often explores other possibilities because they are not constrained by commercial demands. She will study about twenty robotic pieces of art and she will look at the visual and auditory aspects of the artworks, along with such elements like the interactivity the work might have with humans.

“Robotic art has a long history. Already in the 1950s, robotic artworks were produced to make people think about ethical and societal issues regarding robot technology,” explains Romic.

One of her interests is about robot stereotypes.

"Ask a kid to draw a robot and they’ll start with a square head. Then we have the sleek, sexy-looking ‘female’ robots that borrow their aesthetics from videogames and comics. And why do robots need a face at all? We need to explore the territory of other interfaces than faces.”

Another focus in her study is on the paranoia many people have about losing their jobs to robots.

“If, back in 2002, you told someone that in ten years they would be a social media analyst, that person would have had no idea what that job was about. We simply don’t know what types of jobs the robot technologies will bring,” says Romic.

One of the challenges is that there are few humanities researchers in the robots area.

“I don’t have a lot of technical knowledge so I’ll try to kick-start meetings where engineers and people from the humanities can meet to discuss these issues,” says Romic.

The project is carried out within the research platform Medea