Putin and the protests — what do we know? 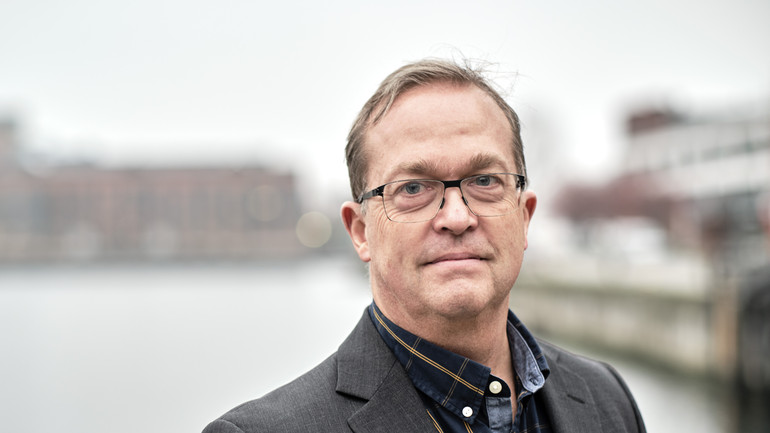 Professor Bo Petersson is a director of the research platform, Russia and the Caucasus Regional Research (RUCARR). He is also writing a book on the basics of Putin's legitimacy, which will be published later this year.

Unrest in Russia continues over the arrest of the opposition politician Alexei Navalny. He was apprehended after he returned to Moscow having recovered from being poisoned. As all this happens, his team has published a revealing film about Putin's lavish palace.

In the film, which was recorded before the protests, Navalny urges Russians to take to the streets.

But what do the demonstrations mean, and what might they lead to? Professor Bo Petersson is a director of the research platform, Russia and the Caucasus Regional Research (RUCARR). He is also writing a book on the basics of Putin's legitimacy, which will be published later this year.

Here, he answers some questions which give the low-down on the current situation.

Are the demonstrations in support of Navalny or in protest against Putin?
Both, but it is more about dissatisfaction directed at Putin than support for Navalny. Navalny is not really that popular as a person. Many people think he is thirsty for publicity and in the autumn, as many as a third of Russians thought that the attack on Navalny was fabricated. But the treatment of him seems to be causing upset and making him a unifying figure to express dissatisfaction.

What is the dissatisfaction about?
There are many factors that have accumulated. Corona infection has not been handled so well in Russia. Putin has been quite passive and only spoke on the matter when the Russians were first with the vaccine, Sputnik V, and with mass vaccinations. According to official statistics, it looked for a long time that Russia did relatively well in international comparison. Now it seems that the official statistics are misleading and only a third of all deaths have been reported.

It is also about a belated dissatisfaction with the changes to the constitution last spring.

Are the protests a threat to Putin?
– It is not a threat to Putin in the immediate perspective. Due to that constitutional change, he can remain the president until 2036, if he so wishes and the people re-elects him. But a prerequisite for him to be able to do so is that he has widespread legitimacy. This might start to be a problem if demonstrations become a standing feature every Sunday. But many expect them to subside, as they did during the widespread protests in 2011 and 2012.

How popular is Putin today?
According to the most recent available monthly measurements from November, he is still at 65 per cent. These are high figures in international comparisons. Of course, it should be stated that the opinion poll is conducted in a non-democratic context. But even so, these measurements have been conducted for over twenty years and it is possible to see variations over time. After the annexation of Crimea, Putin was well above 80 per cent. But he has also been below 60 percent, so it has been worse for him.

What distinguishes Navalny compared to other Russian opposition politicians?
There is no former opposition politician who has made a name for himself in this way. By virtue of his mastery of social media, he represents a completely new type of politician. The only comparison that comes to mind, and no comparisons in general, is Donald Trump. They are both masters at managing social media in their own way. Navalny's revealing film about Putin's palace has passed 100 million views on YouTube in a couple of weeks. Navalny has mainly used YouTube and he speaks to the younger generation, which Putin fails to reach.

What do you think the protests will lead to?
It's hard to say. There is a strong trait in Putin that he wants to appear as the man of the people — in many ways he is a populist. He does not want to appear as the oppressor, as then it will be difficult to get re-elected, unless the repression is stepped up, and that is usually a very costly solution. Therefore, I find it difficult to see that the regime will rely solely on repressive solutions that, for example, China has used. What could happen is that Putin and the people around him find some kind of diversionary manoeuvre. It also depends on whether the protests continue or not. And I think the latter is what the regime is hoping for, that people will simply get tired, as happened before.