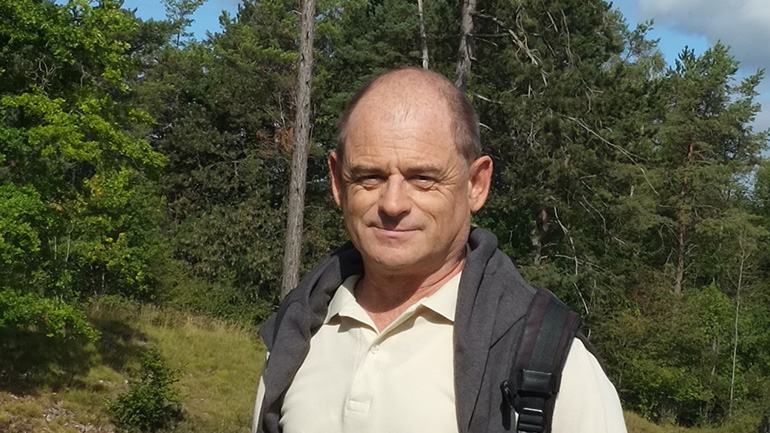 Comics historian and theorist Pascal Lefèvre is appointed honorary doctor at the Faculty of Culture and Society. As the 2020 Annual Academic Ceremony has been postponed due to the pandemic, he is the only one appointed by the University this year.

“Professor Pascal Lefèvre is a pioneer in comics research. His work on the history and theory of this art form has been fundamental to the development of the research field in Europe, not least at our Faculty,” says Rebecka Lettevall, Dean of the Faculty of Culture and Society.

The Belgian Lefèvre is a well-known comics historian and theorist. With his dissertation "Willy Vandersteen's Suske en Wiske in the dailies (1945-1971): A theoretical framework for the formal analysis of comics" in 2003, he became the first person in Flanders to write a doctorate on comics.

“It is a huge honour and recognition of my work over the last 35 years. When I started studying and writing about comics, this medium still struggled with its cultural legitimacy and there were no academic opportunities to work on comics,” says Lefèvre.

In recent years, comics have been re-considered as deserving of serious scholarly study. According to Lefèvre, there has been a build-up throughout the second half of the 20th century, but it was only after the turn of the millennium that the number of PhDs, conferences, specialized academic journals, and book publications exploded.

He thinks that the internet has made international exchange between comics scholars significantly easier. He also has a collaboration with Malmö University and sees Malmö as the ideal place for comics culture in Sweden:

“There is a lively comics community, various kinds of training, and the Swedish Comics Archive. Several students of the LUCA School of Arts, where I have been teaching for 22 years, have spent some Erasmus months at Malmö University.”

Lefèvre became fascinated with comics as a child.

“I ‘read’ comics before I could properly read, the images ‘spoke’ to me as a child. Comics — mostly of Belgian origin — were an integral part of my childhood. When I went to the University in Leuven in the early 1980s, I started buying the new comics for adults, especially those coming from France. A whole new world opened up to me.”

If someone was interested in learning more about comics, what should they start with?

“That is difficult to say because there is such a variety of productions in many languages ​​since the 19th century. Unfortunately, many of my colleagues are only interested in certain kinds of production, usually more recent graphic novels in English. My tip for Swedes would be to start by reading issues of Bild & Bubbla,” says Lefèvre.

Lefèvre will be honoured at the 2021 Annual Academic Ceremony, when the University's new artistic professor of visual communication/drawing, Gunnar Krantz, will also be inaugurated.