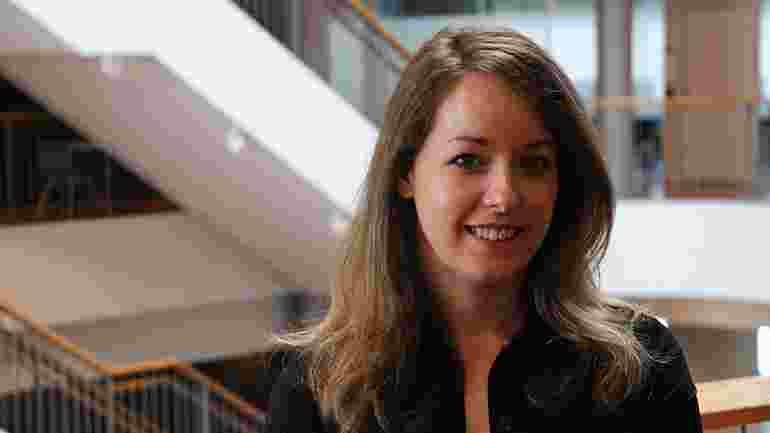 Whether we are walking our dog, eating a hamburger, or testing monkeys in labs, speciesism is everywhere — something a Malmö University researcher has highlighted while designing games… for penguins.

Doctoral student Michelle Westerlaken’s dissertation is based on the theory of speciesism — discrimination based on species affiliation — which she combines, as an interaction designer, with her research. Her findings are explained in her dissertation ‘Imagining Multispecies Worlds’.

“When animals surprise you, that's when you should pay attention. It is when we meet animals in different contexts that we get the opportunity to think about how we can best live together,” says Westerlaken.

When we talk about multispecies worlds, we should look at what the animals we interact with actually do.

The opposite of "speciesism" is, according to Westerlaken, "multispecies worlds", and she has explored what this might look like. For speciesism is everywhere, she says; in how we greet pets, engage with animals, and in how animals are used in consumption, pleasure, and research.

“We must try to explore the concept and see which worlds are possible. I'm interested in telling stories about people and animals living together. I see my dissertation as part of a larger attempt to create cracks in our speciesist status quo.”

She has previously designed for various animals, including a computer game for cats and robot toys for dogs. But she noticed such projects often focussed on human goals, and not with the animals in mind — cats do not care about high scores and digital toys can make them frustrated.

She began to understand the importance of including animals in her design processes. She got involved with a zoo in the United States, whose penguins enjoyed playing various digital cat games. She was invited there and took her prototypes with her.

She focussed on how the penguins interacted with the prototypes, which she hoped they would like. However, she noticed the penguins were distracted by other stimuli.

“They did other things, because they wanted to. But if the penguins do something somewhere else, then that is where I should be. When we talk about multispecies worlds, we should look at what the animals we interact with actually do.”

Westerlaken created workshops in her office for small insects, namely ants. People who participated in the workshop reported how they were involved, they had even began to give the ants personalities. She has also built an escape challenge for the ants. Since she could not observe them around the clock, she set up a live broadcast.

“Some of those who watched thought it was cruel. That's an interesting paradox. In a game, it's cruel, but if you kill them at home, it's okay. This type of ethics in practice is in many ways more effective than telling someone that something is good or bad,” says Westerlaken, who in total used ten species to expose speciesism.

Ethics in practice is a common thread through research. For Westerlaken, for example, it was not obvious to collaborate with a zoo. At home, she has stopped removing spiders, "because they obviously want to be there".