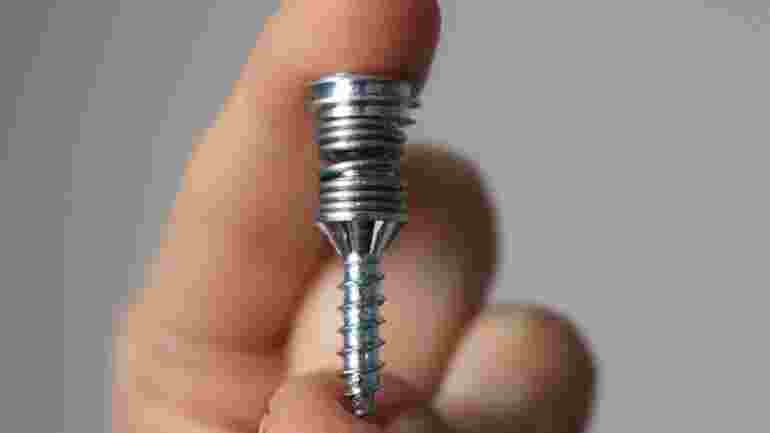 Could noisy neighbours become a thing of the past? If you are disturbed by crashes, bangs, and muffled voices from next door, then you are not alone, but a Malmö University researcher thinks the answer is as simple as a screw.

Håkan Wernersson, based at the Department of Materials Science and Applied Mathematics, has developed a screw that can halve the perceived sound level.

While the principle of a resilient contact removing soundwaves is not new, the method by which it is applied, is. In addition, if this screw is used as part of the construction of properties, it can also save floor and ceiling space by reducing the thickness of materials require to construct buildings.

“With our screw, you can mount plasterboard directly to the walls, freeing up floor space, and a square metre of floor space can be worth thousands,” says Wernersson, who developed the screw in collaboration with an acoustician.

Disturbing noise from neighbours or traffic outside — and also between rooms — is a common problem in homes and workplaces. The sound-absorbing screw simplifies sound insulation and is particularly suitable for construction with wooden joists, where the acoustic challenges are greater than buildings constructed from concrete.

The Sound Screw breaks soundwaves; in principle, the screw is split in the middle with a spring placed inside. The screw tip goes into the wooden joist, the head holds the plasterboard in place and in between a thin resilient mechanical coupling that prevents the sound waves from advancing is formed.

“The dynamic causes the soundwaves to be dampened,” says Wernersson.

The research project was recently included in the Royal Swedish Academy of Engineering Sciences' (IVA) 100 list of 2021, where beneficial research is highlighted. The business model is based on offering companies the right to manufacture and/or sell the screw. Wernersson and collaborator Raimo Issal are now looking for more companies that want to test the product on a slightly larger scale.

“It has not entered the market yet, and we therefore need more examples of projects or installations where the screws are used,” says Wernersson. The screw has already met with great interest from around the world, including Japan and South America.

Tests in a sound lab show a sound reduction of nine decibels for a traditional dry wall, which corresponds to a halving of the perceived sound level. Installations in a hair salon also showed good results, where standard screws were replaced with the new screws without removing the existing plaster board in the ceiling.

“There are legal requirements for partitions and certain noise levels when building apartment blocks. Those are not compulsory when it comes to detached houses where only a single family resides, but there, of course, is an excellent solution for reducing noise between rooms,” says Wernersson.