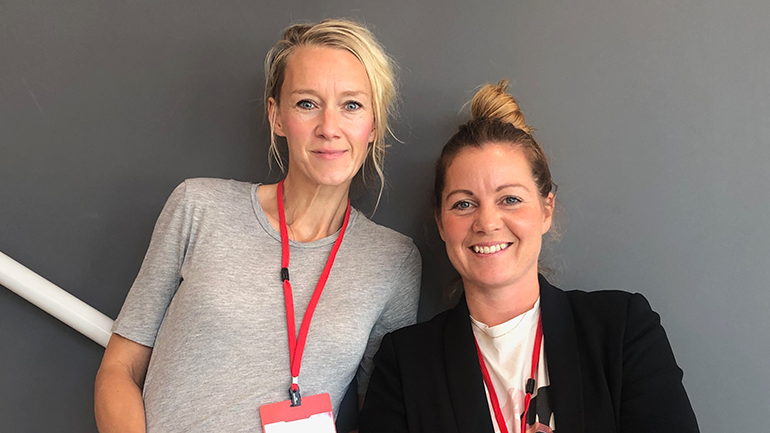 Three years after the #metoo movement erupted in large parts of the world, the debate has finally arrived in Denmark. The catalyst was a well-known television presenter who detailed how she was sexually harassed in the early stages of her career.

For the Malmö University Danish-Swedish media researcher Tina Askanius, this has meant many conversations and engagements with journalists.

The associate professor has studied differences between Swedish and Danish media coverage in connection with #metoo. When her first sub-study was published in 2019, it received a lot of attention in Sweden. However, in Denmark, where the metoo debate, unlike other countries, had not taken hold, interest was limited.

... no one dares or wants to appear in public where you can be ridiculed, dismissed and diminished in different ways when you raise questions about continued inequality between genders.

The start of the Danish debate did not begin until August this year, when the Danish television present Sofie Linde explained how she was subjected to sexual harassment early in her career before an audience at a televised comedy award show.

This led to a number of metoo uprisings in various industries in Denmark.
The Danish debate also aroused media interest in Askanius’ research. Just before the debate was fired up in Denmark, another of her sub-studies was published. She has since been interviewed by Swedish, Danish, Norwegian and European media.

Askanius and co-author of the study Jannie Møller Hartley, of Roskilde University, shared the interview requests that flooded in.

“With Sofie Linde's speech at the Zulu Comedy Galla, we finally got our "#metoo moment" and with it a broader conversation about sexism and power structures. Sofie Linde is a well-known and very popular media personality in Denmark, and she has paved the way for others by creating an opportunity and a legitimacy to share testimonies. It was relatively quiet around #metoo movement in Denmark before then.”

Askanius believes there are many reasons for this, but one explanation they highlight in the study is that the broader debate climate around gender and equality is quite unpleasant in Denmark. Respondents of the study described it as "toxic". When the Danish respondents reflected on why it developed as it did in 2017, they said, among other things, that no one dares or wants to appear in public where you can be ridiculed, dismissed and diminished in different ways when you raise questions about continued inequality between genders.

“The very premise of the discussion is completely different between Sweden and Denmark. In Denmark, we have been arguing for many years about whether we even have problems with sexism and inequality. Some say that it is only a problem among minority groups. As a female journalist, you also do not want to be branded as a "radical feminist" who wants to introduce "Swedish conditions". The fear is that starting that debate could close career doors and opportunities,” said Askanius.