The biological power source in our blood 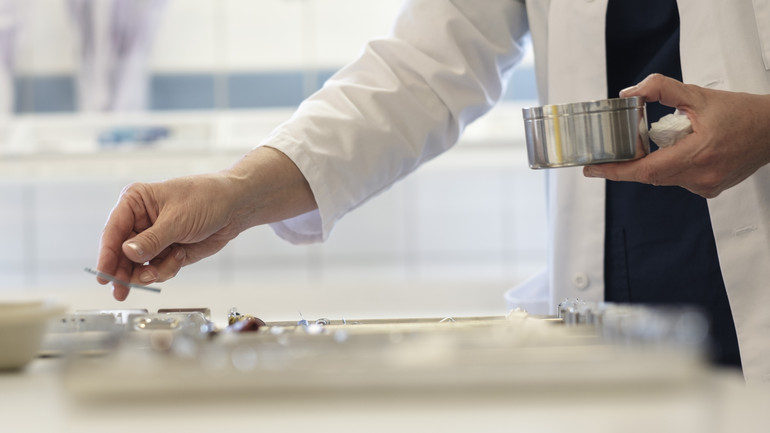 It’s one small but significant step on a journey which hopes to replace conventional batteries with biologically powered electronic implantable devices.

It is hoped that such technology could lead to powering such life-saving technology such as neural implants, pacemakers.

Research published in PhD candidate Olga Aleksejeva’s thesis — Blue Copper Proteins as Bioelements for Bioelectronic Devices — which she is due to defend on June 14, shows, among other interesting results, that engineering of mutant enzymes could prove to be the key to increasing the stability of physiological power sources.

The aim is to generate enough power from the biological source to provide a stable power source for such devices.

This is a tiny step forward to this potential application to bringing these devices into everyday use.

“What is very attractive about these enzymes is the selectivity. They can recognise specific molecules in physiological fluids. I have been focussing on blood although other body fluids can produce electrical energy.”

The potential application is to power implantable medical devices which need electrical energy to function. These could be, for example, pacemakers, neural implants, and cochlear implants. Such devices require batteries that have to be replaced, a procedure that can require surgery.

“If we were able to design such a stable, biological power source, which would consume the energy that we already have in our physiological fluids, such devices would not need lithium iron batteries, which are also not environmentally friendly. Replacing those batteries, that is our dream. This is a tiny step forward to this potential application to bringing these devices into everyday use.

“At the current stage of the research, we are on a proof of principle concept. These devices are already more than capable of powering low consumption devices, but the main problem is stability. They are able to function for several days, some are even designed for several months, but that is not yet enough — they cannot compete with the lifetime of conventional batteries. This is the issue we are looking to improve.”

In her thesis, Aleksejeva looks at the niche applications as it stands. These could be to power temporary implants for which the lifetime of such biological power sources would be suitable, perhaps for weeks or months. She also highlights the possibility of this technology to be biodegradable with a programmable rate of biodegradability.

“Of course the engineering of highly stable devices will open more doors in the future,” she adds.