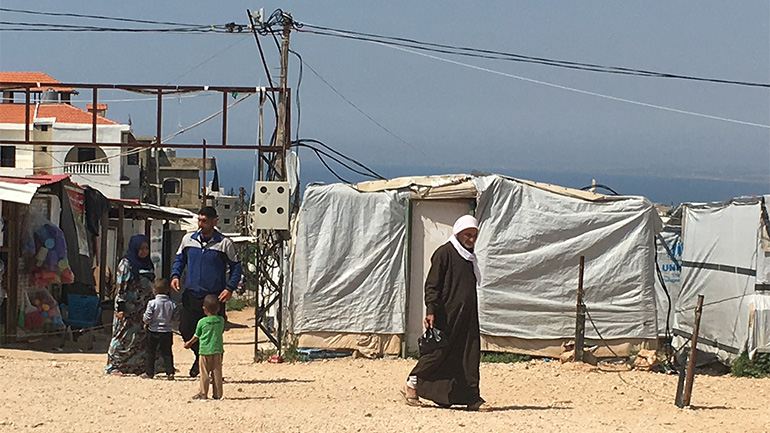 Destroyed villages, criminal gangs and militia, fear of those loyal to the regime and stolen farm land are just some of the reasons why Syrian refugees cannot return home.

A new report by Professor Ronald Stade outlines the issues facing Syrian refugees in Lebanon. With a population of 4.2 million, Lebanon received two million refugees after the Syrian war broke out in 2011. In addition, Turkey has received 3.5 million and Jordan just under one million.

... it was stated that three out of four Syrian refugees in Lebanon were living in poverty.

In Lebanon, there were already 400,000 Palestinian refugees as well as a large number in Turkey and Jordan. Even with aid and support from the UN and charitable organisations, it is considered an almost impossible task to resolve.

In a 2018 UN report, it was stated that three out of four Syrian refugees in Lebanon were living in poverty. Half live as paperless refugees and, as such, are not entitled to assistance to buy basic commodities.

"If they take a temporary building or agricultural job, they risk ending up in prison, but without a residence permit it is difficult to get a job and make a living — they end up in permanent poverty, which is very difficult to get out of.

“About 40 per cent of children and young people never go to school and many drop out in their early teens. The risk is that a whole generation will be under-educated. This is the situation in all three major recipient neighbouring countries of Syria.”

In the report, Stade's ambition is to find out how Syrian refugees find out if it is possible to return to their home country.

Through interviews with some 30 focus groups, made up of Syrian refugees, it emerged that it is through encrypted Facebook and WhatsApp messages that the Syrian refugees obtain information.

"Most people can't return. Through various ‘grass root channels’, refugees receive information that either their house, village or district is bombed, or that regime-faithful or Iranian families moved into their property or have taken over agricultural land or businesses.

"In reality it is often Iranian or Russian troops which have taken over an area. It can also be that Russian mercenaries or more feared criminal gangs and militias completely control an area.

“Another problem is that the Syrian government does not really want refugees back as those who fled have shown a lack of loyalty. There are also stories about people who disappeared after they returned.”

At the same time, says Stade, there are strong political forces, such as Christian parties and Hezbollah in Lebanon which want to get rid of the Syrian refugees.

"It is therefore a very difficult situation for the Syrian refugees that the international community must address," Staoncludes.

Contact Ronald Stade and read about his other research projects.

More about the report.