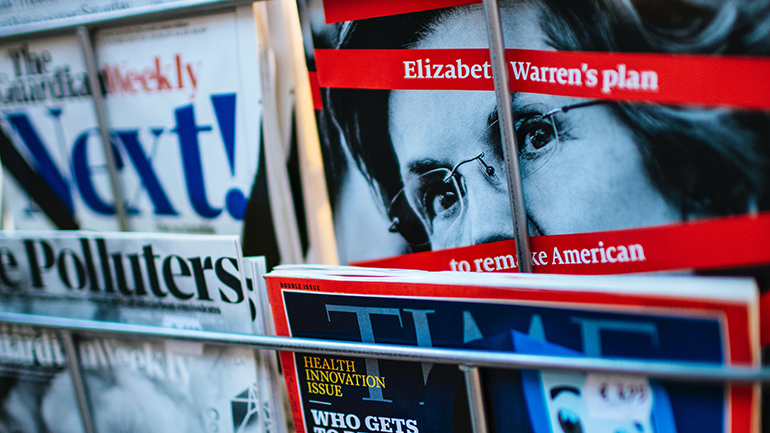 Is fake news the biggest threat to democracy? “No, it is not,” says Johan Farkas, researcher at Malmö University.

“Democracy is not just about truth.” Instead Farkas emphasises the importance of strengthening democratic institutions.

The notion that we are now living in a ’post truth’ society is a form of hankering back to an era that has never existed.

'Fake news' continues to be a topical subject and the way troll factories affect democratic elections has been widely discussed. Farkas researches disinformation and has analysed the debate on fake news and post truth in his recently published book. In his opinion, democracy’s problems did not start with social media, nor is propaganda a new phenomenon.

"The notion that we are now living in a 'post truth' society is a form of hankering back to an era that has never existed. This nostalgia can be found among both left and right wing quarters. We are being challenged by many societal problems and so we search for simple answers in history," says Farkas.

Using political philosophy as a starting point, Farkas shows that there is more to democracy than just truth. The linguistic meaning of the word is government by the people but liberal democracy also includes freedoms and rights, such as freedom of speech. There is a risk that searching for 'truth' obscures that view.

"The crisis that democracy is facing is more than just a truth crisis. If we examine democratic involvement and trust in institutions in a number of countries, we can see that the democracy crisis has certainly not been caused by social media; it’s been going on for a long time," says Farkas.

"All over the world, anti-democratic measures are being implemented, focussing on state censorship and private operators’ technical systems with insufficient transparency. These measures will probably poison democracy more than rectify it," says Farkas.

At the same time Farkas emphasises that disinformation is a threat that must be taken seriously. But when the response is to remove content from social media, that in itself is a threat to democracy.

"The fight against fake news can be used to sweep aside political opposition or to limit freedom of speech which would not be good for democracy. Instead we should talk more about how we best can strengthen democratic institutions," says Farkas.