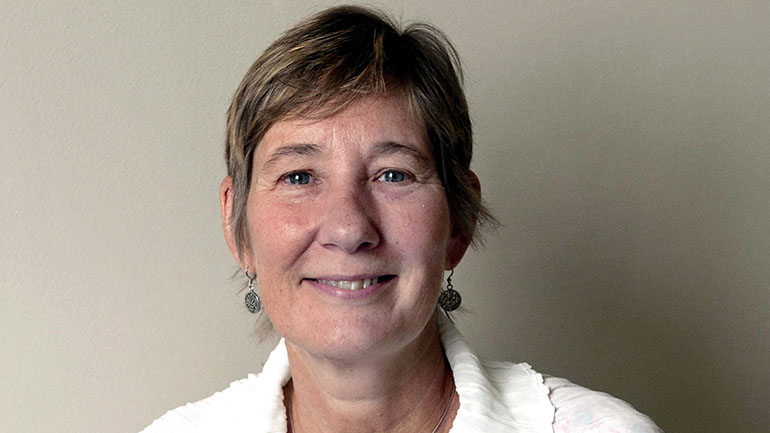 How people communicate in public spaces where linguistic differences and super-diversity is the norm, is just one of the subjects to be covered by Professor Angela Creese, when she gives the upcoming Knowledge for Change lecture.

Creese, who is a professor of Linguistic Ethnography at the University of Stirling in Scotland, will give her lecture ‘Translanguaging as pedagogy in and beyond the classroom’ on October 21.

The lecture will focus on community language classrooms and also wider social contexts, such as libraries, markets and sports clubs.

Families who have migrated to the UK might want their children, who have English as a first language, to learn a community or heritage language such as Gujarati, Punjabi, Turkish and Chinese. In such cases, Creese explained, extra-curricular lessons take place in community settings, often at the weekend or after school.

“We noted that teachers, rather than ‘code-switching’ would use their multilingual resources, including those in Gujarati and English, to involve the students. For example, the lesson content was not repeated from one language to another, but rather different aspects of the content are said in different languages — bilingualism was the norm in such settings.

“While code-switching focusses on language, translanguaging is about the relationships between people. We are much more interested in how people are getting along, getting the job done rather than a functional analysis of code-switching between Gujarati and English.”

The lecture, which is based on a research project’s findings, found that the best way to learn a heritage language in these circumstances was to use all of linguistic resources at hand and bring the repertoire used in everyday life into the classroom.

“In the wider community we found that multilingualism was a resource for people. It is very useful in setting up convivial relations with strangers. We found examples of people willing to try out bits and pieces of languages.”

In one example, a woman from Hong Kong working in a library who could not speak Spanish other than a few phrases, used that knowledge to communicate to a newly-arrived migrant who spoke hardly any English.

“In a market, gesture, touch and gaze, and all these other facets of communication were absolutely crucial in the noisy environment where many people from all over the world met.

“So our interest there is how people communicate when linguistic difference and super-diversity is usual — where people from all over the world are coming to one place."

The research, which involved collecting and curating via audio and video-recordings, photographs, collected digital and online posts, conducted interviews, was carried out in six cities across the UK.

More about the lecture