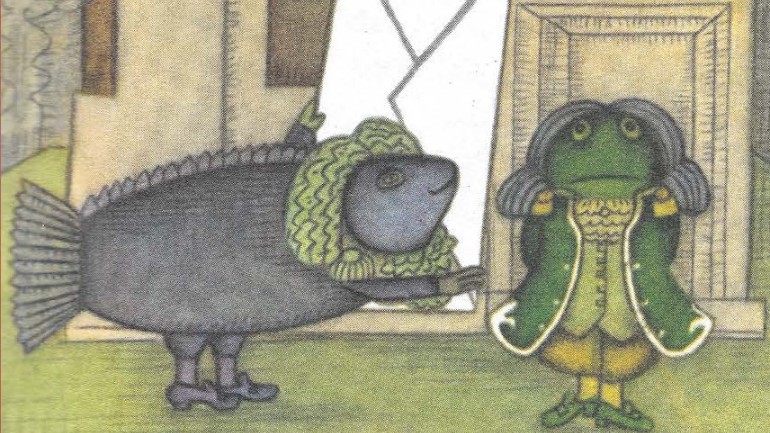 When you picture an orc, what do you see? Tolkien himself hardly described them when he wrote Lord of the Rings, but now a Malmö University professor believes there is a way to enrich our perception of fantasy worlds.

Björn Sundmark co-authored and edited the recently published book ‘Translating and Transmediating Children's Literature’. In it, Sundmark and Anna Kérchy explore how stories can vary across translations and the various medias by which they are told.

“If I talk about Alice in Wonderland, I can’t just say that I mean the 1865 first edition. Lewis Carroll himself made several different versions, but many people today will think of the Tim Burton Alice, or the Disney Alice.

What I show in my chapter is how this consensus about how fantasy should look like was very alien to Tolkien’s own idea of how to illustrate fantasy. He would have been completely against it..

“We can’t just point to one text and say this is ‘the’ text. They are all important: the translations, the simplified versions, the different formats of books. We wanted to show that it is not just a matter of translation, but how a story is transmitted in different media.”

If a story is told orally, then written down, and then made into a play, the narrative is the central thing — transmedia refers to the idea of telling that story across a number of different formats, explains Sundmark.

Translations often involve reillustration and these new illustrations are highly important to how a story is perceived.

“Most English editions of Lord of the Rings and The Hobbit make use of Tolkien’s own illustrations, but in the early days before he was a household name — before fantasy had become the main publishing genre within fiction — there was no established consensus of how we visualise Middle-earth, how fantasy was visualised,” says Sundmark.

There was no common ground on what an orc or what a hobbit looked like, and illustrations began to vary when new translations were made. In the UK, Tolkien had a say in how it was illustrated and created his own images; there were very few examples of other illustrators in the UK taking on his universe until after his death.

Publishers in other countries often wanted to use their own illustrators. The first translation of The Hobbit was to Swedish, later came Dutch and German versions. The next time a Swedish translation was made, it was illustrated by Tove Jansson, of Moomin fame.

“She has a very specific way of illustrating which is extremely different to how the consensus that had evolved of how Middle-earth be represented. It was always more in the sword and sorcery tradition, leading up to Peter Jackson’s films, after which it is very hard to rid oneself of how Middle-earth should look.

“What I show in my chapter is how this consensus about how fantasy should look like was very alien to Tolkien’s own idea of how to illustrate fantasy. He would have been completely against it.”

Tolkien believed that visual art delimits imagination and did not want to pin-point what a character looked like. Instead he focussed on landscapes and the drama of nature.

“Through the idea of translation and transmediation, we can enrich our view of how fantasy could and should be illustrated. This is also necessary because of the dominance of the Peter Jackson films, which can be very reductive.

“You say ‘orc’ and everyone knows what an orc looks like, but they are hardly described in Tolkien’s own words, so why not have a lot more freedom and look at these other more suggestive, more expressive illustrations that are around? Through transmedia our appreciation of fantasy becomes much richer,” he adds.

More about the book and the professor