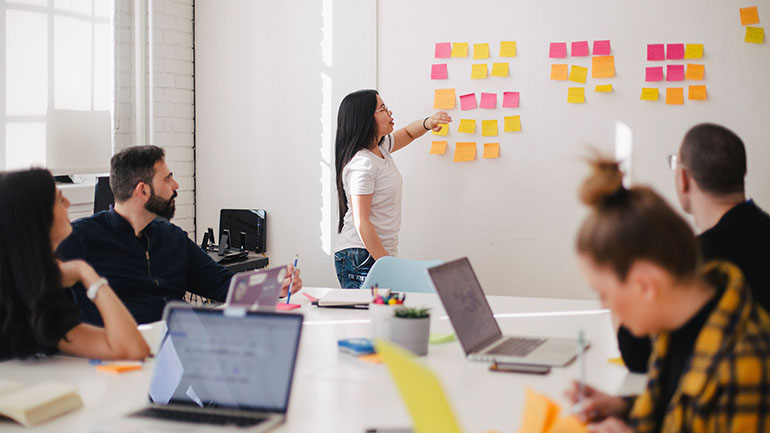 Good work meetings can motivate and boost enthusiasm. But it is not uncommon that they achieve the complete opposite — why is that?

”Meetings are maligned somewhat unnecessarily,” according to Professor Patrik Hall, who has just co-authored a book on the subject.

Meetings are not always regarded as particularly important, and it is not uncommon for employees to distract themselves on their phones during a meeting, or simply fail to attend. Meanwhile, the number of meetings is increasing. Many new professional roles, such as strategist and project manager, are meeting-intense. Managers have always had a lot of meetings, and there are indications that the number has increased for them as well.

Many people spend half their working hours or more attending meetings.

"Meetings are not always called meetings. Take the border police, for example, who refer to their meetings abroad as ‘power weeks’. Sometimes pre-meetings are held – a meeting before the meeting. Or how about status, structural, and lunch meetings?

"A municipality or a gigantic organisation will move desperately slowly. Here, the purpose of a meeting can be for participants to acquaint themselves with the organisation and understand who does what,” says Hall.

Meetings often bring the organisation together and remind employees of the organisation, department or unit to which they belong. The purpose is connection and identity, rather than decision-making.

“Some people find this frustrating. Why are we sitting here? Departmental meetings is an example of a meeting that many feel is pointless. Here, the meeting is intended to remind employees that they belong to an organisation,” says Hall.

They can be an opportunity to complain and be acknowledged by colleagues, which is a kind of therapy. Even though few decisions are made along the way, Hall comments.

Meetings could be improved, for example, by not automatically booking one or two hour long meetings. Such meetings tend to continue until the end, even though the participants have finished the business earlier, he suggests.

Equality is the most important aspect to ensure that meetings are engaging and enthusiastic.

“When you have meetings with colleagues at the same level, as a professional, you get to discuss different issues that interest you. Meetings with individuals at higher levels in the organisation instead arouse feelings of meaninglessness. There is always a subtle power struggle against the leadership of the organisation,” says Hall.

So why are we so dismissive of meetings? Perhaps it’s not about the meetings as such.

“People often feel marginalised. They feel that they have no influence or position. In these cases, the perception is that meetings do not improve anything, but actually cause even more frustration,” says Hall.