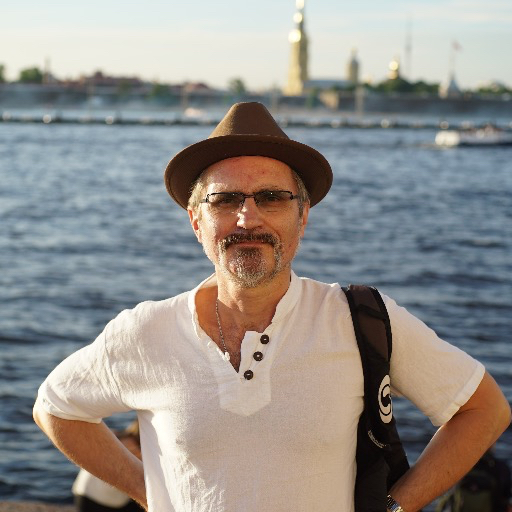 Semiclassical analysis can be employed to describe surface waves in an elastic half space which is quasi-stratified near its boundary. The propagation of such waves is governed by effective Hamiltonians on the boundary with a space-adiabatic behavior. Effective Hamiltonians of surface waves correspond to eigenvalues of ordinary differential operators, which, to leading order, define their phase velocities. In case of isotropic medium, the surface wave decouples up to principal parts, into Love and Rayleigh waves.

We consider the conditional recovery of the Lamé parameters from spectral data, in two inverse problems approaches:

The main goal of the project is to use resonances (leaking modes) as data.

Born in Leningrad (Sankt Petersburg, Russia), Dr Iantchenko obtained MSc in mathematical physics at the Leningrad State University and DEA in pure mathematics at the University Paris XI, 1992. His PhD thesis completed at the universities of Trondheim and Oslo in Norway in 1995, concerned the strong Scott conjecture. The subject is semiclassical asymptotics for atomic and molecular systems. The Scott conjecture gives the second leading term in the large ground state asymptotics for atoms and molecules. After more than 40 years the conjecture was finally settled in the early 90's. The strong Scott conjecture gives the analogous asymptotic term for the electronic density. During the period 1995-1998 Dr Iantchenko worked as lecturer in mathematics at the universities of Rennes (France), UNAM (Mexico DF). Since 1998 Dr Iantchenko has been lecturer (docent 2005, professor 2013) at Malmö university (Sweden). During the period 2007-2010 Dr Iantchenko was WIMCS research lecturer at Aberystwyth University, Wales, UK.

Biofilms Research Center for Biointerfaces is a multidisciplinary research centre within materials and life sciences. The...