Malmö Institute for Studies of Migration, Diversity and Welfare

Malmö Institute for Studies of
Migration, Diversity and Welfare

Malmö Institute for Studies of Migration, Diversity and Welfare (MIM) is an international research centre with a multidisciplinary profile and a strong international presence. Within the centre and its extensive network, researchers develop, explore and exchange knowledge of international migration and ethnic diversity. 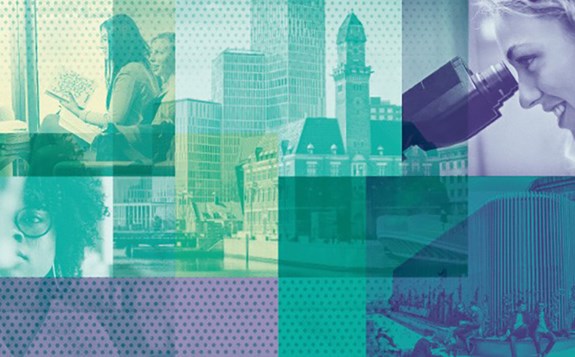 Migration seminar – Exploring ways of measuring color-blindness in Sweden: What...

We are very happy to announce that we recently recieved confirmation from the City of Malmö that our guest professorship will be financed for another ten years. Malmö University and MIM have, since 2000, hosted 32 prominent researchers as part of the guest professorship and it has generated a constant and dynamic exchange of knowledge, enhancing MIM’s academic strength while also reinforcing our international network. We are therefore very glad that the City of Malmö wishes to continue collaborating with MIM and that we can look forward to another ten years of academic and social exchange with leading scholars from the migration field. Read more about the guest professorship and previous guest professors below.

The Guest Professorship within the field of International Migration and Ethnic Relations (IMER) in Memory of Willy Brandt is a donation to Malmö University financed by the City of Malmö when the University was inaugurated.

Who was Willy Brandt?

Willy Brandt was West Germany’s Chancellor between 1969-1974. He was forced to seek refuge in Sweden during the Second World War and developed strong ties with the country. In order to emphasise the importance and status of the scientific investment, the City of Malmö obtained the family’s permission to name a guest professorship after him.

Migration to and from Welfare States. Lived Experiences of the Welfare–Migration Nexus in a Globalised World

A blog from the MIM team posted on the GLIMER webpage.

"Researching the dynamics of national social policy in a globalized society. A proposal for a de-nationalized analytical framework". Article by Associate professor Erica Righard in Swiss Journal of Sociology, 47(1), 137–155.

MIM was established in January 2007 with the goal of strengthening Malmö University’s migration research profile. Further to this, MIM was also envisaged as a platform to expand Malmö University’s international networks and build bridges between the university and non-academic actors. MIM consists of a core of senior and junior researchers and a large international network of affiliated researchers. MIM regularly hosts prominent professors in IMER from around the world.

The research conducted at MIM is multidisciplinary and is pursued in collaboration with international partners. It is funded either nationally or by the EU and can be classified under the following four themes:

- is Resident Academic at the University of Malta. She was Associate Professor at Malmö University, and Marie Skłodowska-Curie COFAS Fellow at the European University Institute and the Malmö Institute for the Studies of Migration, Welfare and Citizenship. Daniela was awarded her doctorate from the University of Sussex, where she was based at the Sussex Centre for Migration Research. She has conducted long-term ethnographic research on irregularised migration across the Mediterranean and border control in Malta, Lampedusa and Western Sicily. She also led an ethnographic study on deportation from Sweden. In addition she has also published research on various aspects of Maltese citizenship and children’s rights. Her work has appeared in international peer-reviewed journals. https://www.um.edu.mt/profile/danieladebono

– is an Associate Professor of Psychology at the National University of Ostroh Academy in Ukraine. Her main research interests are in the field of inter-ethnic relations and inter-ethnic attitudes, including tolerance, prejudice, and discrimination toward immigrant and ethnic minority groups. She is also interested in the adjustment of immigrant-origin youth in host countries. Dr Korol is the author of more than 30 scientific publications (mostly first- and single-authored research papers), including those published in internationally renowned peer-reviewed journals as well as top-level journals in her field in Ukraine and Russia.

Katarina Mozetič
– is a PhD Research Fellow at Department of Sociology and Human Geography, University of Oslo. Her research project explores the occupational aspirations and experiences of highly educated refugees in Oslo, Malmö and Munich. Publications

– is an Associate Researcher at the Malmö Institute for Studies of Migration, Diversity and Welfare, Malmö University, Sweden. He holds a PhD in political science from the University of Otago in New Zealand and other postgraduate degrees from Stockholm, Malmö and Dalarna Universities in Sweden. His academic endeavours revolve around comparative migration policy with a focus on the Nordic countries, the European Union-Africa migration dialogue, comparative social policy and public management reforms (good governance). He was an assistant professor in public policy at National Research University, Higher School of Economics. He was a visiting scholar at the Centre for Comparative Immigration Studies of the University of California at San Diego in 2016 and visiting lecturer at the University of Bamberg in 2019. His publications have appeared in such academic outlets as Governance: An International Journal of Policy, Administration and Institutions; East European Politics; International Journal of Cultural Policy and the London School of Economics and Political Science Blogs. https://mahamatawat.weebly.com/

This is a multidisciplinary forum for researchers from all faculties at Malmö University with an interest in migration, integration, diversity and related issues. Master’s students interested in the research field are welcome to participate in the Migration Seminar.

The purpose of the seminar is to facilitate an exchange of ideas and knowledge, and to stimulate a pluralism of perspectives, theories and methods. It offers a wide variety of research-related activities ranging from paper and project presentations to specially-invited guests and panel debates. It also hosts the seminar series of the Willy Brandt Guest Professor. As the seminar has a distinctly international profile, both with respect to attendance and topics, most sessions are held in English.

Usually the Migration seminars are held Thursdays at 14.15-16.00 at MIM’s seminar room on the 9th floor of Niagara, Nordenskiöldsgatan 1, but due to the Covid-19 situation the seminars are held online via zoom.

20 May
50% seminar: Cities of diversity? -how segregation, social mix and diversity is framed, reframed and negotiated in policy and in everyday life in Denmark and in Sweden
Rebecka Söderberg, PhD Student, Malmö University

"Migration Society 2.0 – Community and Conflict in the Era of Diversity" A lecture series at MIM during autumn 2020.

"Theorizing International Migration: Towards a ‘Unified field of Study?’"

Nordic Migration Research is an organisation of individuals and institutions conducting or using research related to different aspects of international migration and ethnic relations such as integration, ethnicity/race, culture, religion, marginalisation, citizenship, nationalism, discrimination and racism.

IMISCOE is Europe's largest network of scholars in the area of migration and integration. The network involves 45 member institutes and over 700 scholars and focuses on comparative research, publications, the organization of events, PhD training, awards and communication.

MILSA is a knowledge-based platform that addresses issues such as health and stimulation of physical activity among newly arrived refugees, the implementation of work ability evaluations and the needs of newly arrived refugees when it comes to health information. The County Administrative Board of Scania and Malmö University are responsible for coordinating MILSA.