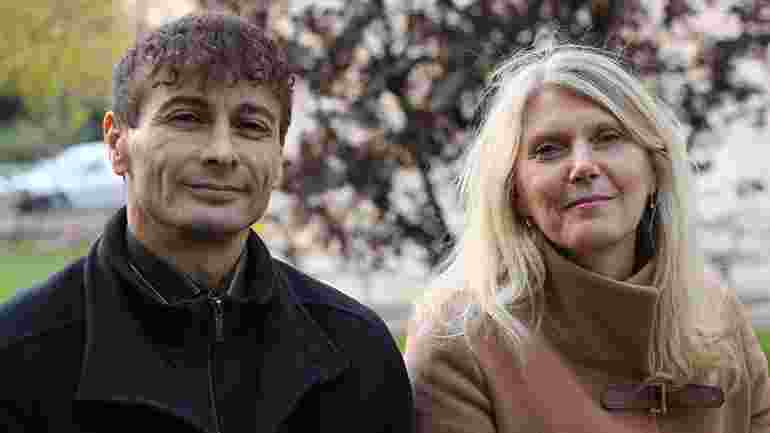 Patient and public involvement (PPI) means that researchers and healthcare professionals actively work in partnership with patients and members of the public to plan, manage, design, and perform research output. Malmö University has carried out a project on individuals with diabetes mellitus with this increasingly popular approach.

The idea is to blur the power dynamic between researchers, clinicians and patients, who are often the ones who have the most experience with the disease.

“In Sweden, PPI is receiving growing attention as an important part of the research process, but there are still relatively few who carry it,” says Christine Kumlien, professor of healthcare science at the Faculty of Health and Society.

“The idea is to blur the power dynamic between researchers, clinicians and patients, who are often the ones who have the most experience with the disease,” says Kumlien, who is the lead author of the article ‘Research priorities to prevent and treat diabetic foot ulcers’, which was recently published in the journal, Diabetic Medicine.

The aim of the project was to find out what research should be prioritised to prevent and treat foot ulcers for people with diabetes. Diabetic foot ulcers are an often painful and troublesome complication that approximately 25 per cent of all people with the disease suffer from at some point. The foot condition is also very costly.

The project has used the James Lind Alliance (JLA) methodology, which aims to identify the ten most prioritised focus areas. The reference group included 53 people with diabetes as well as 49 representatives from the healthcare system – mostly doctors and nurses.

Stefan Acosta is a professor of vascular surgery who is attached to the department of clinical sciences at Lund University, which was a partner in the initiative.

He believes that the fact that more people do not use PPI is partly due to a lack of habit of letting outsiders into the research.

“After all, it requires a delicate approach. As a clinician, it is important to listen and not take over the process. With many research groups, there is a barrier and fear of going outside their own knowledge base,” he adds.

Both Kumlien and Acosta emphasise the advantages of PPI for future research projects and grants.

“It will be like a kind of preliminary study. So even if you don't find evidence, you find the gaps in knowledge that you should proceed with. Hopefully, other researchers can take hold of areas that we cannot delve into. This is partly why we publish the results: to highlight it for other researchers,” says Kumlien.

Read more about the research project