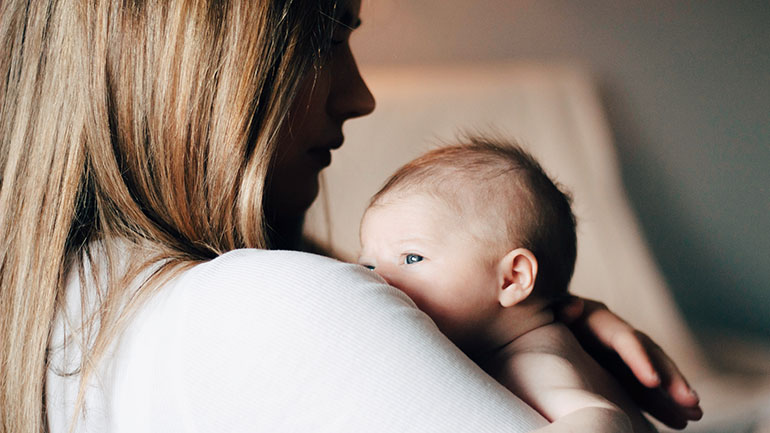 It is common for women who have had a caesarean section to feel worried about how the uterine scar will heal and how they will cope with another pregnancy and birth. In a new study, women were offered an ultrasound examination and a conversation with an obstetrician a few months after the procedure.

This resulted in a significant decrease in worry and anxiety.

“During the follow-up with the midwife, it is easy for the focus to end up on other things: on breastfeeding, how the woman feels, but they don't get much information about how the uterus has healed. For many women, this creates uncertainty,” says Karin Sjöström, a psychiatrist and an associate professor in care science at Malmö University.

... we can also see is that a supportive conversation with an obstetrician, followed by an ultrasound examination of the uterine scar, reduces anxiety levels among women...

Together with researchers at Lund University, she has been investigating whether it is possible to predict the risk of complications in later pregnancies in women who have previously delivered by caesarean section.

“The women had to see an obstetrician six to nine months after the caesarean section. During the appointment, the obstetrician carefully examined the scar, did an ultrasound and was able to confirm to the women that it okay to proceed with another pregnancy. They were also offered a follow-up in the event of a new pregnancy,” says Sjöström.

A total of 1,000 women who underwent caesarean sections were examined with an ultrasound examination and at the same time had a conversation with an obstetrician. To study the anxiety levels of these women, 147 were surveyed by having them fill out a standardised anxiety sensitivity and acute worry and anxiety questionnaire before and after the survey.

“We can see that everyone's anxiety dropped after the visit, even those who had really high anxiety came down to normal levels – and that is not easy to achieve in just one healthcare visit.

“What we can also see is that a supportive conversation with an obstetrician, followed by an ultrasound examination of the uterine scar, reduces anxiety levels among women who have had a caesarean section, especially in those who have an increased sensitivity to anxiety.”

According to Sjöström, the study shows that both the conversation and the survey fulfil an important function. Not least because the obstetrician could make the women feel comfortable about future births. The idea is that this examination should be able to be implemented in care after caesarean section, lead to reduced costs for future births and create security for women who gave birth by caesarean section.

“There is a great concern among these women. They don't think they will be able to cope with a vaginal delivery and want a new caesarean section the next time they expect a baby, even though repeated sections mean increased risks,” says Sjöström, adding:
“Just a supportive and strengthening conversation can make a big difference here. Hopefully, it can reduce the stress for the women the next time they get pregnant.”