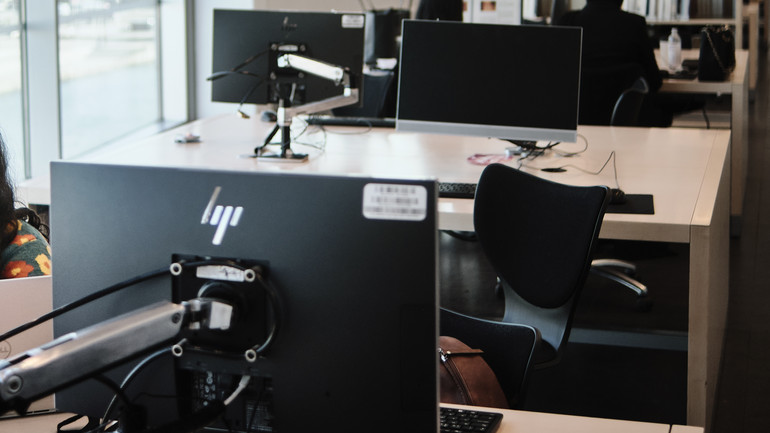 There were advantages to distance learning during the pandemic, but teachers lacked eye contact with students and being able to read their facial expressions.

The pandemic shifted a great deal of teaching from physical classrooms to digital forums. New research now shows how this digital format makes it difficult for teachers to use their entire person, with body, voice and eye contact.

Like many other teachers, associate professors Anna-Lena Godhe and Eva Wennås Brante, both at Malmö University, believe that distance education on an on-going and broad front will not be as common plac in the future, and also that both positive and negative aspects of it will need to be taken into consideration.

Several felt very observed, as it was only the face which appears while the rest of the body was invisible.

During the initial stages of the pandemic, the researchers wanted to get a scientific snapshot of what happened when teaching was suddenly moved from the classrooms to the screen. In April 2020, they conducted interviews with 14 academics who train student teachers at three different universities.

Those who participated in the study had to answer how their own teaching and role has changed and been challenged. The researchers expected many answers about the difficulties of using technology. However, as Godhe explains:

“Most prominent was the lack of being in a room together, having eye contact and being able to put your hand on someone's shoulder and chat – having a physical presence.”

The change was striking and sudden for both teachers and students. There was therefore no, or little, time to plan for the change. From being a three-dimensional human being, teachers were expected overnight to practice their profession in a one-dimensional form.

“Through physical presence, the university teachers can function as a ‘model’ showing what it is like to be a teacher through how you move in the classroom, how you as a teacher can create eye contact and sense when, for example, it is time to take a break. During the pandemic, that possibility largely disappeared,” says Brante.

The teachers lacked the ability to read the student teachers’ facial expressions and body language. In the digital environment, the students were able to turn off their respective cameras, which meant that the teacher often sat and talked to a void.

It also became more difficult for the teachers to take a break from, what the teachers described as, the camera's "gaze". Several felt very observed, as it was only the face which appears while the rest of the body was invisible.

This change meant that teachers became highly aware of aspects of the teaching role that they might have previously taken for granted.

“If you train as a drama teacher, you focus a lot on filling a room, using your voice and body. But that is not a thing many people talk about as a teaching competence. It is part of the silent knowledge that is so important but that we rarely discuss,” says Wennås Brante.

However, the teachers also saw advantages with the digital teaching, such as more teaching in small groups and the opportunity to combine teaching in classrooms and at a distance.

Interacting with a screen – the deprivation of the ‘teacher body’ during the COVID-19 Pandemic (tandfonline.com)