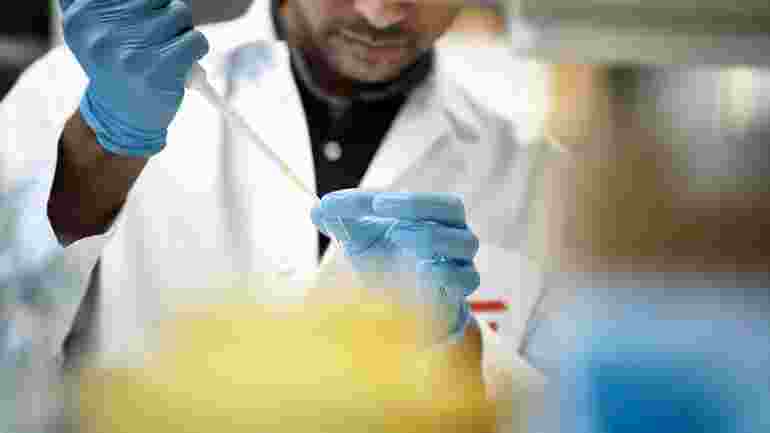 An early diagnosis is crucial to be able to treat skin cancer before it spreads. But are there simpler methods that do not require taking a traditional tissue sample? Doctoral students from Malmö University have tested and explored various alternative methods in two recently presented dissertations.

“Visual changes of birthmarks may indicate skin cancer. If you have a lot of birthmarks, it can be difficult to keep track of changes. Today, the diagnosis of skin cancer is based on a skin biopsy of a suspected lesion. At the same time, we know that many skin biopsies today are done unnecessarily. We wanted to investigate whether other tools and methods could be used for early diagnosis,” says Skaidre Jankovskaja.

In their recently presented dissertations, she and her doctoral student colleague Maxim Morin have investigated whether it is possible to detect, extract and collect biomarkers for skin cancer – without taking traditional tissue samples.

The most important conclusion from our studies is that we can actually detect these small molecules on the surface of the skin, that we can collect them in a non-invasive way ...

Jankovskaja has focused on potential LMV biomarkers, low molecular weight molecules that can be indicators of cancer. In her studies, she has investigated the molecules' ability to penetrate from the deeper layers of the skin to the surface and also compared how the molecules move through the skin in relation to each other.

“LMV biomarkers can penetrate the skin within a few hours while it can take several weeks for HMV biomarkers. LMV biomarkers are exposed on the skin surface more quickly, which is essential for an early skin cancer diagnosis,” she says.

In his dissertation, Morin has focused on the actual collection of the LMV molecules.
“In the tests, we have applied different materials to subjects, such as a gel, lipid based formulations or starch film. We left the material on the skin for two hours and then we removed it to see how much of the molecules we were able to collect,” he says.

There is a growing need to simplify diagnostics and shorten the waiting time.

“The most important conclusion from our studies is that we can actually detect these small molecules on the surface of the skin, that we can collect them in a non-invasive way, and that they also give a picture of what it looks like in the deeper skin layers where skin cancer develops, says Jankovskaja.

The tests were performed on healthy people. In the continued research, therefore, the next important step will be to do studies with subjects who have cancer. Then the results can be compared to see if there is a correlation in the result between the new methods and from a biopsy on the same person.

“There is a growing need to simplify diagnostics and shorten the waiting time. Here we see great potential because it is much faster to get answers if you examine LMV molecules, in our tests they could be studied after just a few minutes,” Morin concludes.

Links to the dissertations