Reflections on Earth in a faraway galaxy 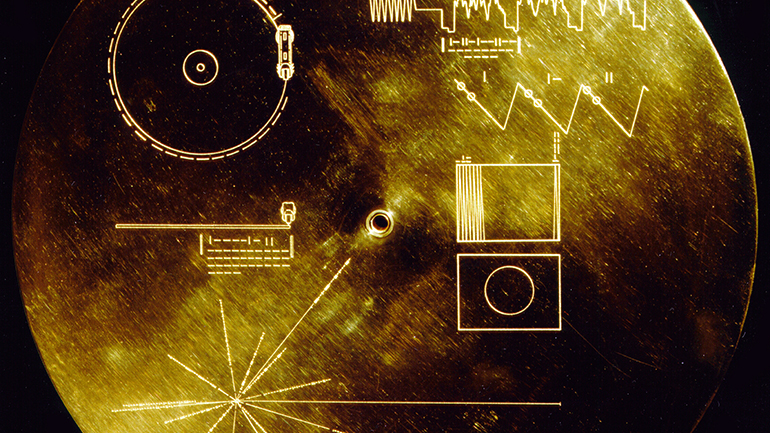 What could we say about our existence on Earth today if we were on a spacecraft outside the solar system? This is what researchers and students are exploring in an artistic research project, which will be exhibited in Venice next year.

The project is inspired by two of NASA's spacecrafts, Voyager 1 and 2, which were launched in 1977 to explore celestial bodies far out in interstellar space. Both carry a ‘Golden Record’ containing sounds, music and images that portray life and culture on the Earth.

“Based on this, we got an idea to portray what it would be like to be far out in space, reflecting on the Earth and its stories, rhythms and languages as they echo across time and space," says Bo Reimer, professor of media and communication studies and director of the Medea research platform at Malmö University.

Malmö University will be the only Swedish university taking part in next year’s international architecture exhibition Time Space Existence in Venice. The Medea research group has now moved to an open space on the ground floor of the Niagara building, where they will develop the concept and hold public workshops and events for four weeks. In the spring, students from different subjects, such as media and communications and creative writing, will be involved in the project.

“We don’t know yet where it will land, but by using text, sound and visuals, we will create an environment that gives the visitors opportunities to rethink their existence and share their thoughts.”

Tender Time, as the exhibition is called, runs from 20 May to 26 November 2023, and Malmö University will have a room in a palace near the Rialto Bridge in Venice.

“The Time Space Existence exhibition is held every two years and it usually attracts around half a million visitors, so we are of course hoping for a large crowd,” Bo Reimer says.

Wednesday 30 November, 10.00-14.00
Bring Your Own Regret: A Soundtrack for Futures Lost and Found
A collaborative performance workshop where you will be invited to take part in the remixing of the sounds on the Golden Record and in reflecting on regrets that you may have or have had. The workshop will take four hours. Join for the whole time or make a brief visit.

Monday 5 December, 13.15-15.00
Performing Pictures: Remixing Images from Voyager's Golden Record.
A workshop devoted to a shared remixing of the visual material on The Golden Record.