Always ‘space’ for a NASA researcher at Malmö University 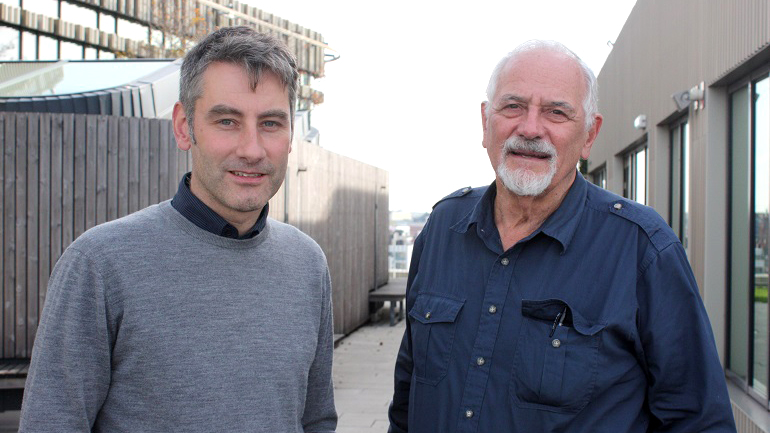 NASA researcher and astronomer Theodore R Gull is now an honorary doctor with the Faculty of Technology and Society. For over 20 years he has collaborated with researchers at the University on the ‘double star’ Eta Carinae.

With a time interval of five and a half years, the two massive stars in Eta Carinae, which are surrounded by a large and bright gas cloud, come as close to each other as the distance between the earth and the sun. When the stars' winds collide, the light emitted changes radically, enabling scientists to be able to find out more about the properties of the constellations.

... we are gaining much understanding about the massive star system, how it got to this state, and how it will evolve.

Scientists know that Eta Carinae is in the final stages of its existence and that it can, in principle, collapse at any time.

“Indeed, in the distant future, which could be next year, or 100,000 years from now, both stars will reach the end of their lives. They may become a binary black hole, they may simply become supernovae. Through our studies, we may be able to predict the end states of these two massive stars. That is the adventure of what we are pursuing,” says Gull, who works at NASA's Goddard Space Flight Center in Maryland.

Gull is an internationally recognised researcher in astronomical spectroscopy and has developed instruments on board the Hubble Space Telescope.

In the motivation, the Faculty of Technology and Society emphasised Gull's contribution to ultraviolet astronomy and his fundamental contribution to the development of high-resolution spectroscopy. Spectroscopy is about studying the light in the stars' spectrum and analysing which elements they contain. The spectrum also makes it possible to find out the temperatures and densities of the gas, and also the velocities of the various nebulae and stellar winds.

“We help Ted understand the spectrum by interpreting the light and the colours. He observes the astronomical objects, and analyses what it means for the understanding of the stars. We get access to important astronomical data and can work with the most interesting problems,” says Henrik Hartman, associate professor of physics.

Eta Carinae emits a huge amount of ultraviolet light and X-rays, a million times more than the sun. In total, Eta Carinae radiates as much light in a few minutes as the sun does in one year. But for a few months during each five-year period, the most energy-rich radiation is turned off and the environment cools down.

“We call it an astrophysical laboratory as the physical conditions change on human time scales,“ says Gull, who stresses the importance of the collaboration with the physicists in the atomic physics group at Malmö University.

“Between the modelling, the laboratory observations, the astronomical spectra, and key knowledge from many in the international group, we are gaining much understanding about the massive star system, how it got to this state, and how it will evolve,” he says.