Cooling clay to counter the heat 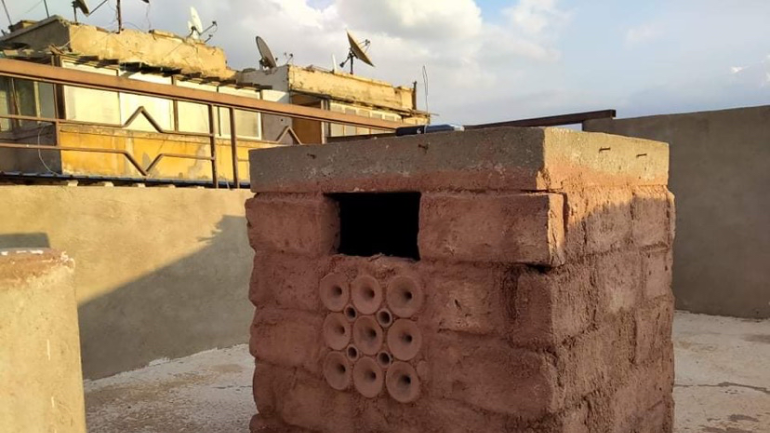 Air conditioning already accounts for a huge share of the total energy consumption in warm climate countries. It is not just a burden to the environment, however, but also a financial blow to the pocket. It is an issue which prompted architect and researcher Marwa Dabaieh to develop an eco-cooling system.

In Egypt, where Dabaieh tested her cooling system, air conditioning is the norm. It is very expensive to both purchasing and operate, especially when it runs on electricity. Another issue in such countries is that many residents live outside the electricity grid.

Some people, such as pensioners, the unemployed and refugees, cannot afford air conditioning. This means that mortality risks increasing when heat waves become more common.

As an expert in sustainable and environmentally conscious architecture, Dabaieh’s innovation is based on a do-it-yourself concept. The construction, with the aid of traditional ‘shisha funnels’, are made of clay and will improve both the homes' indoor temperature and humidity.

By combining clay funnels, water, and the natural power of sun and wind, the goal is to lower the indoor temperature by ten degrees. In Sweden, for example, that could mean going from 35 degrees to 25 degrees centigrade indoors, during a particularly hot day. Her experimental attempts so far have been promising. In a recently published scientific article, Dabaieh presents a reduction of the indoor temperature by two degrees during an experiment in Cairo. Since then, she has achieved a reduction of six degrees.

High indoor temperatures are a health risk that can have serious consequences for both mental and physical health. This was observed in Sweden in the spring and summer of 2018, which were among the warmest in modern history. The excess mortality compared to previous summers was 700 deaths, according to the Swedish Public Health Agency. Although it is not possible to know for certain which deaths were due to the heat, it was noted that the mortality rate was highest during the hottest weeks.

High temperatures also affect focus and concentration, which is neither good for the economy nor society, says Dabaieh. As a natural consequence, air conditioning is becoming more common. However, the price of electricity is also a factor in Sweden.

“Some people, such as pensioners, the unemployed and refugees, cannot afford air conditioning. This means that mortality risks increasing when heat waves become more common. It is tragic that this happens when it could be resolved by being better prepared,” says Dabaieh.

The next step is to continue the development of the sustainable and passive cooling system.

“Clay is not expensive, which makes the price of the construction affordable. But it is expensive to develop the method; I am driven by pure passion for this but need resources to take the pilot project further. Now I hope for innovation support to be able to scale up,” says Dabaieh.