Difficult to both wage war and keep your population in check 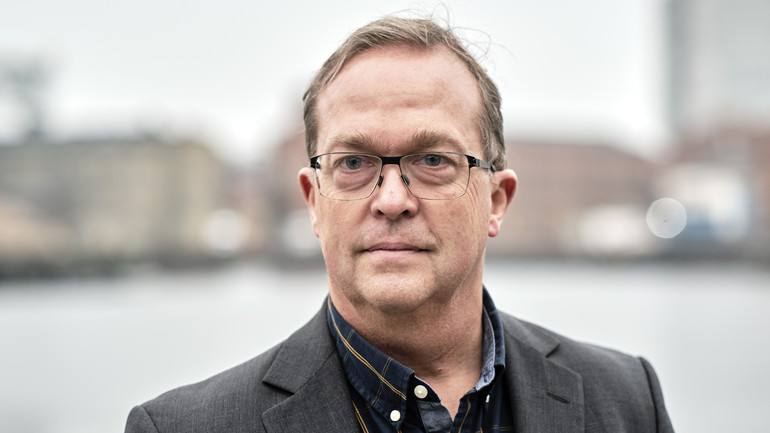 Professor Bo Petersson, the co-director of the research platform Russia and the Caucasus Regional Research

In the long run, Putin cannot both wage war in Ukraine and control domestic opinion. This is the opinion of Professor Bo Petersson, the co-director of the research platform Russia and the Caucasus Regional Research. He has been closely following the events unfolding in Ukraine.

Some scholars and analysts have refused to equate the political leadership with Putin. But Petersson thinks that the course of events shows that there is an increasing reason to do so.

What is his long-term goal?

“One of the most ominous elements of his utterly aggressive speech on 21 February– when he gave his strange historical account – was that he denied not only the right of Ukraine but all the former Soviet republics to exist as independent states. It feels as if his long-term ambition is to re-establish the Soviet Union. Maybe not with its ideological underpinnings, but with its geographical extension.”

What risks does he take in domestic politics by starting a war against Ukraine?

“After the annexation of Crimea in 2014, Putin’s popularity figures rose sharply and remained at above 80 per cent for four years, until an unpopular pension reform was introduced by him. The annexation of Crimea was a limited operation that worked well to raise his popularity figures at home. Carrying out a large-scale attack on a sovereign state with a population of more than 45 million people like Ukraine is a completely different matter.

“When the number of Russian soldiers brought home in body bags increases, it is not at all certain that the Russians will accept the war.

“We have already seen pictures from St Petersburg and Moscow with people gathered in the streets to spontaneously protest against the war, despite the harsh propaganda and information control.

“I cannot imagine that Putin's repression machine is powerful enough to keep both its own population in check and wage a long and protracted war of occupation against Ukraine. In the long run, I think this is a two-front war that not even Putin's means of brute and naked power can handle.”

Petersson sees it as almost impossible to predict the future development of events at this early stage.

“This is deeply tragic in so many ways. I have many colleagues and friends at academic institutions in Russia. A private reflection is that it looks like we must now interrupt those connections, that we must make Russia a pariah, even in the realm of international academic exchange. It is deeply saddening.”