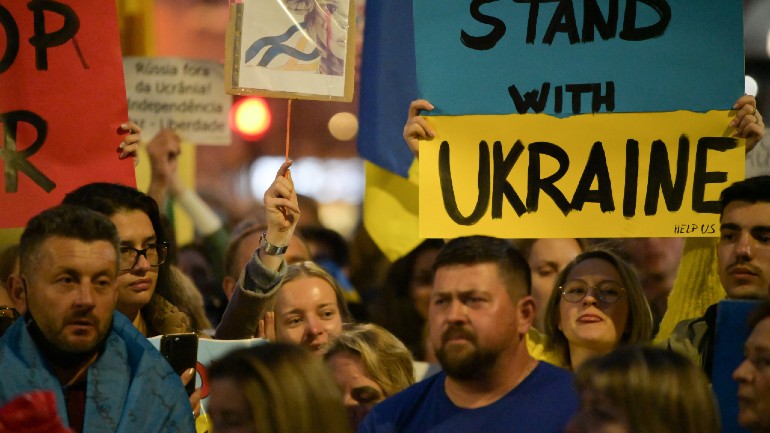 Vladimir Putin's choice to invade Ukraine is not in line with the leader's previously highly calculated actions. The invasion is contrary to international law, completely meaningless and totally counterproductive, believes a Malmö University senior lecturer in law and human rights.

“There was no reason to enter Ukraine from a Russian security perspective. A possible NATO membership for Ukraine was extremely unlikely before the invasion,” says Kamal Makili-Aliyev.

Putin has always been relatively open to criticism. But in recent years he has become more sensitive.

Acts of war are only justified by self-defence or by decision of the UN Security Council. As far as self-defence is concerned, according to customary international law, can be justified for purely pre-emptive purposes and only when the self-defending side is completely convinced that an attack against them is imminent and lacks alternatives. Pre-emptive attack must also be proportionate.

“Ukraine does not threaten Russian security and Russia has no reason to believe that there will be an attack. Therefore, the invasion is not justified, it cannot even be discussed on a theoretical level.

What is required for an invasion is one thing. Then the war also has its own laws. An example of this is that civilians are particularly protected in war. But when civilians take up arms in battle, they immediately become unprotected under international law. If they are attacked and captured, they also do not have the same protection as soldiers.

“There are exceptions if they pick up weapons spontaneously to protect themselves and it is for a short period. Usually, however, they need to show that they are part of the military by presenting some kind of official identification to get protection as soldiers. This risks becoming a dangerous grey area for Ukrainian civilians who take up arms,” says Makili-Aliyev.

The researcher finds it difficult to understand why Putin is now acting as he does. However, he has seen a change in the president's actions over the past five years. Putin has begun cracking down on the media and the internet: legislation was also amended to make it more difficult to criticise the president.

Wars do not solve the conflicts.

“Putin has always been relatively open to criticism. But in recent years he has become more sensitive. I saw it as if he was starting to become even more authoritarian as a leader, but now I see it as the beginning of a more irrational Putin. Not tolerating even a little criticism is an indicator that something is wrong,” says Makili-Aliyev.

The actions now involved in the invasion of Ukraine are also inconsistent with Putin's previous actions. He quickly took over Crimea to ensure that Ukraine would not join NATO due to ongoing conflict with Russia, says Kamal Makili-Aliyev.

Georgia is also unable to seek NATO membership due to the conflict with Russia. In these two previous conflicts, the losses for Russia were also low.

“Now he goes "all in" without anything to win. It's about expressing power. That's what it's about. Russia knows that Ukraine's chances of joining NATO, or the EU are poor. However, they now became better than ever before, which makes the invasion completely meaningless and counterproductive. Putin had a better position when he was on his own side of the border.”

In addition, all post-Soviet conflicts have one thing in common:

“Wars do not solve the conflicts,” concludes Makili-Aliyev.