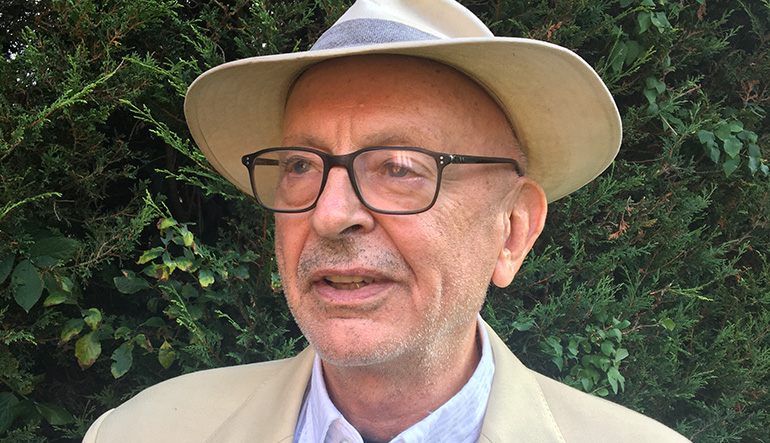 The motives for granting Paul Willis an honorary doctorate emphasise his work in turning research results into concrete societal changes.

A leading sociologist, who has developed culture studies into what it is today, has been made an honorary doctorate at Malmö University’s Faculty of Education and society.

Paul Willis has been noted for using ethnographic methods to better understand and explain elements of society.

“The faculty is very proud to be able to grant Paul Willis an honorary doctorate in Educational Science,” says Dean Anders Linde-Laursen.

“He has, through an ethnographic approach to his research, inspired generations of scientists in the fields of sociology, anthropology, culture studies, and educational science. His work is prerequisite to ways of thinking and to projects that the faculty’s scientists and students work on.”

“It was one of the first books to focus on the lived experience of pupils, and I focussed on a group that was regarded the most anti-social, the most irrational, the most difficult. Broadly speaking, until my work, this group was simply dismissed or criticised, or seen as pathological,” says Willis.

In this book, Willis follows a group of working class boys and asks the question, why do working class children take working class jobs as adults? The book tells of how the boys, called “the lads”, develop an aversion to middle class norms that they associate with school life. Their actions resemble a culture of resistance that prepare them for work in a factory.

“I suggested that their own anti-school culture was in fact quite a good preparation for surviving on the shop orfactory floor. Often "the lads” were more comfortable in their transition in work than were the conformists, the ones who took school seriously, but still wound up on the shop floor,” says Willis.

Willis is one of the founders of the acclaimed international journal Ethnography, which he founded together with Swedish scientist Mats Trondman, something in which Willis takes great pride.

The motivation for granting Willis an honorary doctorate emphasises his collaboration with municipalities and organisations to turn research results into concrete societal changes.