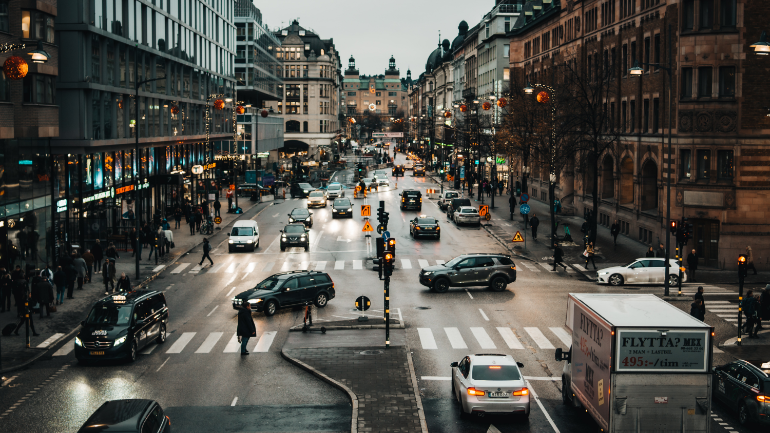 Focus on economic growth and individual responsibility for staying healthy are two possible reasons why there is no longer a clear connection between public health and urban planning.

It was in the 1940s when vaccinations became truly effective but, apart from smallpox, vaccines have historically never single-handedly defeated infectious diseases.

Epidemics have historically served as opportunities for dramatic change.

During the 19th century, urban conditions were unhygienic and caused waves of devastating outbreaks of diseases, such as cholera, smallpox, and scarlet fever. Mortality rates were very high in the early industrialised cities of Europe, which drove governments to develop the modern urban planning ideal and a new public health policy.

Urban utopias from the beginning of the 20th century were all focussed on bringing light, air, and greenery to the city. Clean and simple architecture was a direct result of a lack of hygiene in the wake of the Spanish flu that started in 1918.

“The role of urban planning in building public health and preventing epidemic outbreaks of infectious diseases was now fully established and was taken for granted. Cleanliness would be a way of living after the Spanish flu and a symbol of modernity and civilization,” says Baeten.

He sees three main reasons why the connection between public health and urban planning was slowly dissolved:

• a breakthrough in medical science that showed that epidemic outbreaks were not temporary, genetic, or divine, but caused by a deadly virus

• that the responsibility for staying healthy during the 1980s and 1990s until today has shifted to the individual with a focus on personal training, diet and healthy behaviour and habits

Public health programmes today focus more on infectious diseases and addictions rather than environments beneficial to good health. Yet it is in so-called "forgotten densities" in our cities, such as shantytowns, factory homes, nursing homes, tent cities, prisons, caravan sites, shelters for the homeless, that infectious diseases spread most easily. This is due to, among other factors, overcrowding and insufficient transport alternatives, as well as social health factors such as income, ethnicity, and functional variations.

“Epidemics have historically served as opportunities for dramatic change. In this crucial moment after Covid-19, it is time for urban planning to put the fight against segregation, polarisation and lack of affordable housing high on the agenda,” says Baeten.