How inclusive are smart cities? 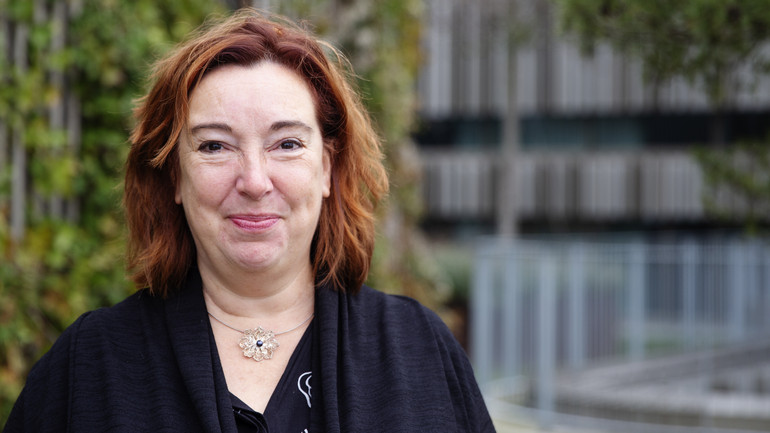 "If there are smart cities, then what are stupid cities?," Professor Carina Listerborn, who recently organised the conference, Beyond Smart Cities Today.

The trend towards smart cities is moving at a rapid pace, but who benefits from all the digital solutions and who ends up being left behind? These are some of the issues being investigated by international researchers at Malmö University.

Smart cities can have everything from sensors that record how people move in traffic and surveillance cameras, to various digital platforms such as Uber and electric scooters. Data collection increases the understanding of how different functions are used and how it affects the city. It can serve as a basis for urban planning, but also be about purely commercial interests where multinational companies can survey markets all over the world.

Not everyone can use digital resources.

“Smart cities have become a mantra and a feather in the cap for city planners. Various products are purchased, and the information collected about the population risks becoming part of a kind of privatisation. The risk is that we lose transparency,” says Carina Listerborn, professor of urban planning at Malmö University who recently organised the conference, Beyond Smart Cities Today: Power, Justice and Resistance.

Smart cities obviously do not provide the answers to environmental issues, segregation or the need for affordable housing, says Listerborn. She emphasises that it is not a matter of opposing the idea as such – "technology is neither good nor evil" – but that one must be aware of the power it gives to those who have the tool in their hands and to highlight that certain groups are excluded in the rapid development.

“Not everyone can use digital resources. For example, the elderly may find it difficult to travel by public transport, and there is a risk that some groups are monitored more than others. It is easy to just get carried away, sometimes we have the technology ready before we know the issue that we want the technology to solve,” says Listerborn.

The solutions are often given from an engineering perspective that may not include all aspects, she says. When the electric scooters arrived, there were no regulations in place; cities could not say no to them, and traffic rules were not considered.

“We need to put more social science perspectives on the development of smart cities and question who has the power over technological development. Who owns the question?,” adds Listerborn.